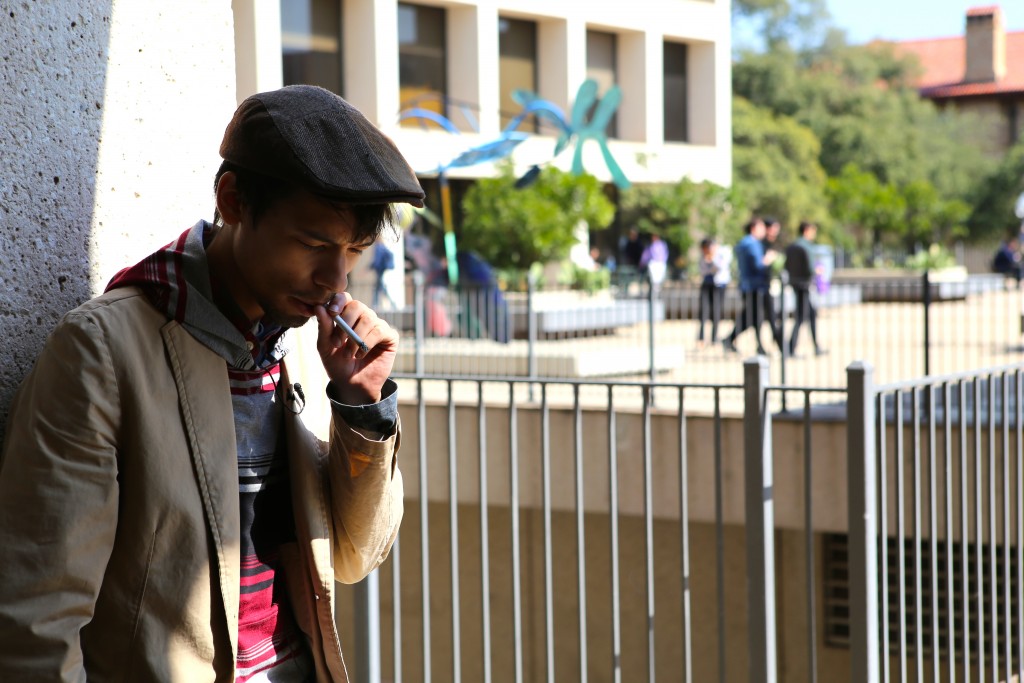 Tony Taferes, a junior film student at the University of Texas, smokes a cigarette on the Walter Cronkite Plaza.

Although the University of Texas at Austin has implemented a tobacco ban since 2012, not everyone plays by the rules.

To escape the pressures of school, work and life in general, Tony Tafares, UT junior film student, enjoys an occasional cigarette on campus.

Due to the full-fledged tobacco ban in place at the University of Texas at Austin, it will be difficult for Tafares to continue his pastime. The ban, enacted April 2012, prohibits the use of tobacco and tobacco-free electronic cigarettes on university property.

“It feels pretty unfair that you have to walk quite a distance away from the library just to have a break,” Tafares said. “I’ve had many times where people come up to me and ask me for a cigarette at the library and I think that’s pretty typical, people studying, you know they want a break.”

According to Adrienne Howarth-Moore, director of Human Resource Services at UT, the impetus behind the ban was not to punish people who smoke, but to help fund cancer research.

“The Cancer Prevention Research Institute of Texas (CPRIT) gives a significant amount of dollars to our university for cancer research,” Howarth-Moore said. “As the awarding agency for those grant funds, they made it a requirement on their policy end that they would not award dollars for cancer research if the recipients of those awards were not tobacco free.”

To help people adjust to the new policy, UT designated temporary smoking areas throughout the campus. Those areas were phased out in 2013. The university offers a free four-session tobacco cessation class called “Quitters,” to help students quit.

Matthew Olson is the program coordinator of  “Quitters,” and says that he has seen many positive results over the years.

“Overall the feedback is pretty unanimous that it has been beneficial for them,” Olson said. “They learned something, they attempted to quit, even if they weren’t 100% successful at it.”

Though some of the program participants are frustrated by the new campus policy, others have tried to use it as a motivation to help them quit using tobacco.

There is no penalty in-tact for those caught using tobacco on campus. UT expects tobacco users to self-enforce the ban. If students or faculty see someone smoking on campus, the university encourages them to tell the non-complier about the ban.

Howarth-Moore says that she is aware that some students don’t play by the rules. 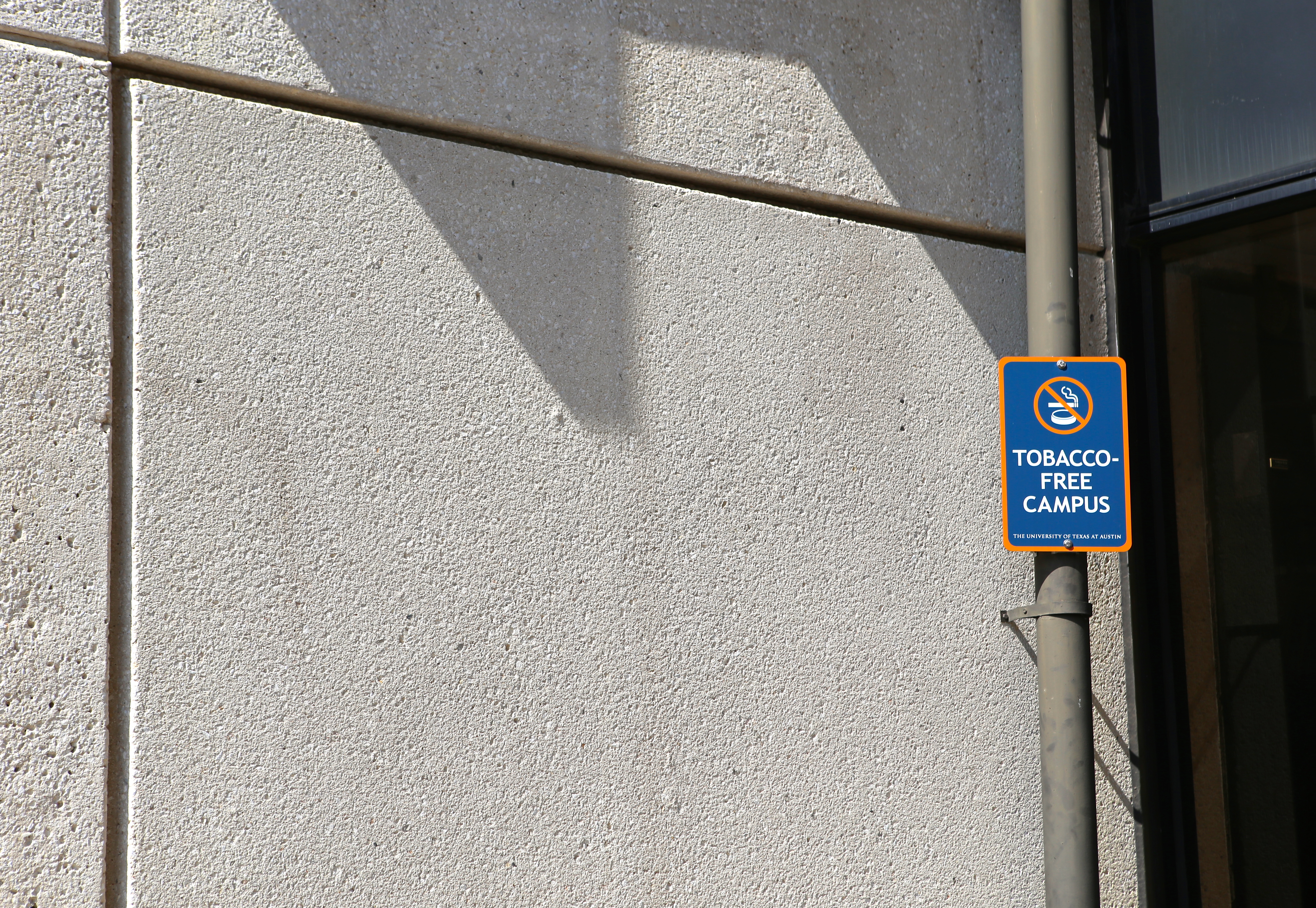 One of the many no smoking signs on campus. "The first time I saw the no smoking signs after I transferred to UT from UTSA, I thought that it just meant people couldn't smoke in front of doors," Taferes said. "That's pretty typical for most places." UT's no tobacco ban began in 2012. 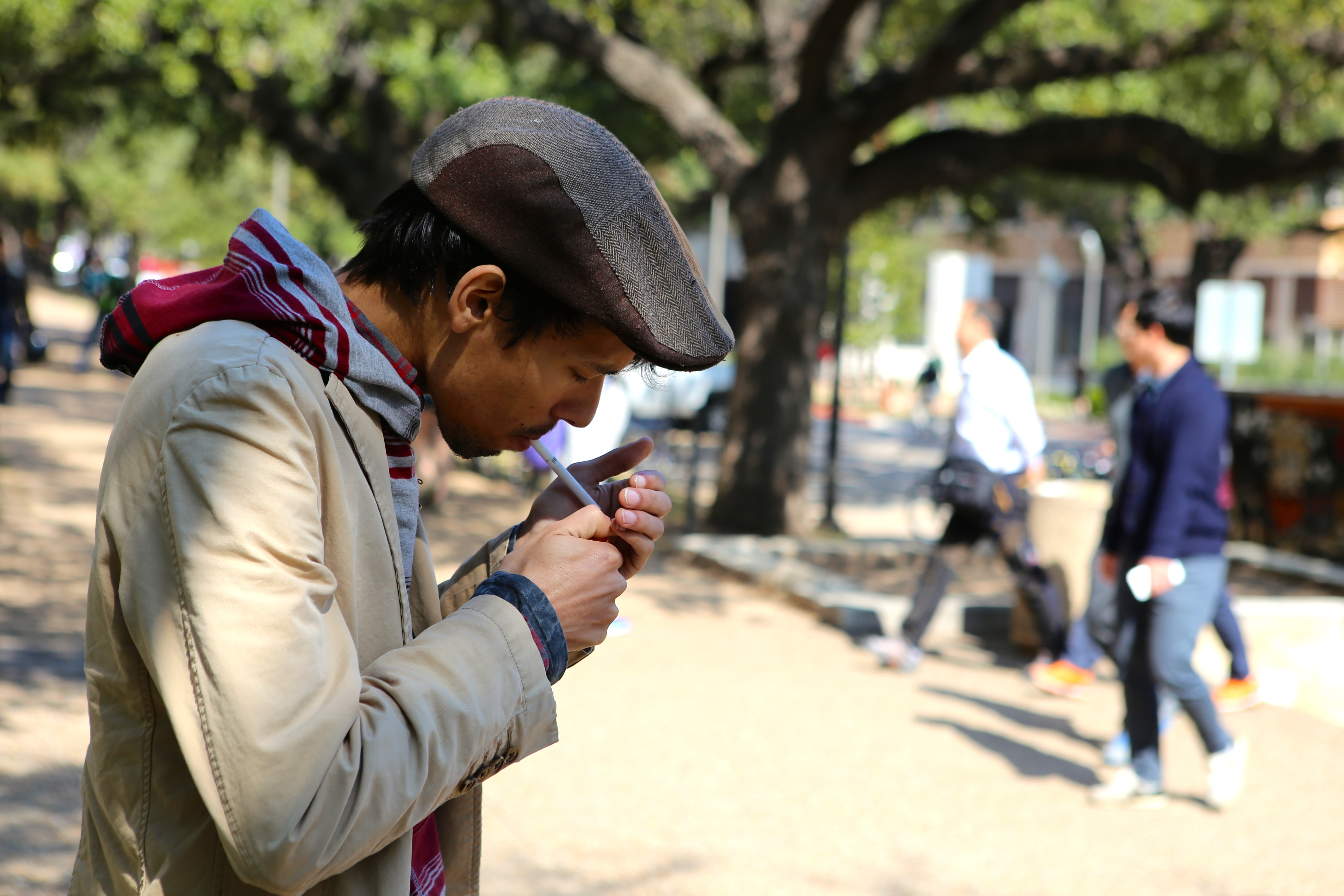 "Teachers or faculty usually tell me to leave or go somewhere else," Taferes said. "But I've never had a student come up to me telling me to move." 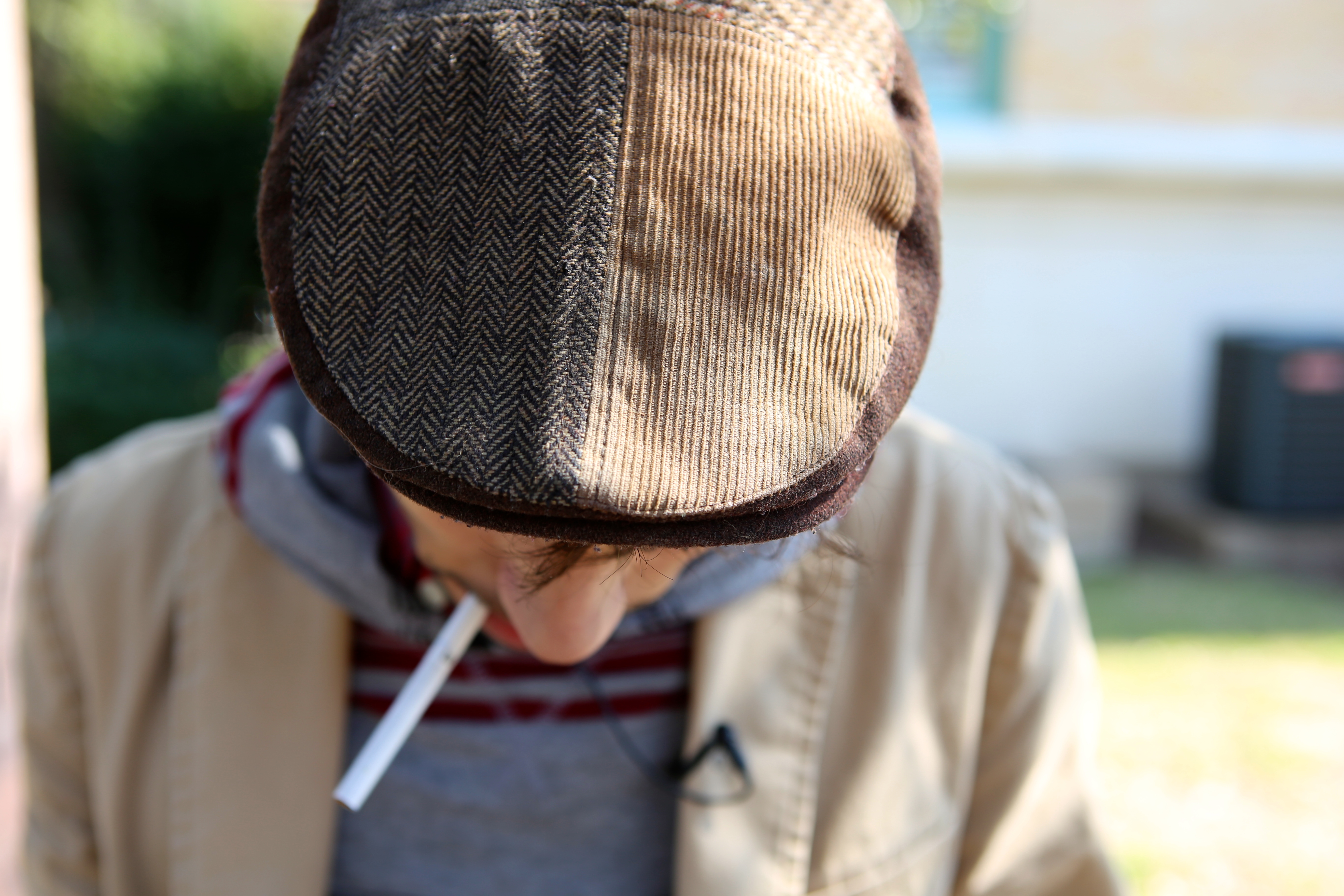 Taferes lights up his second cigarette of the day. 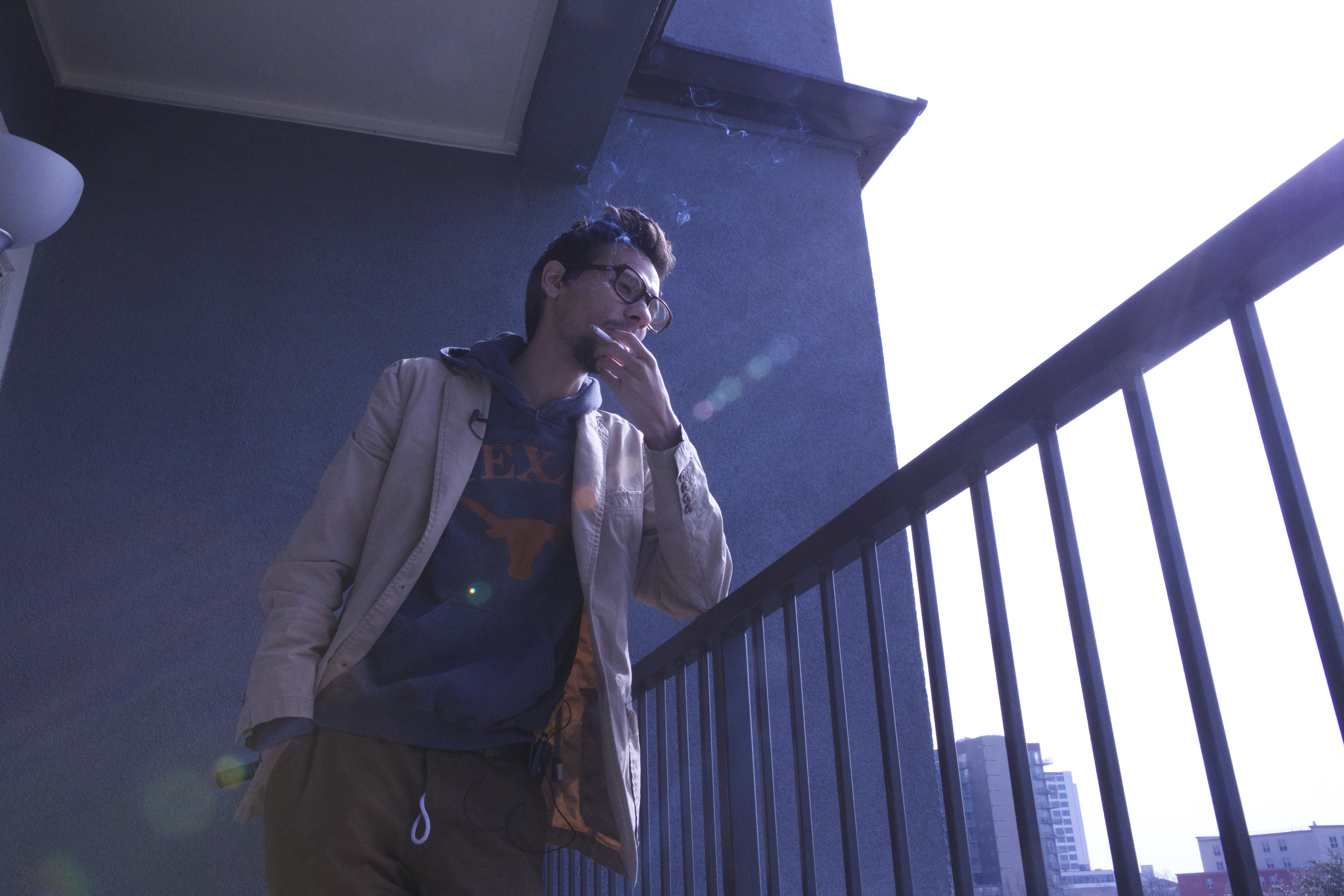 Taferes smokes on his apartment balcony. "If someone wants to smoke, they're going to find a way to smoke," he says. "I don't think a ban is going to work to stop that." 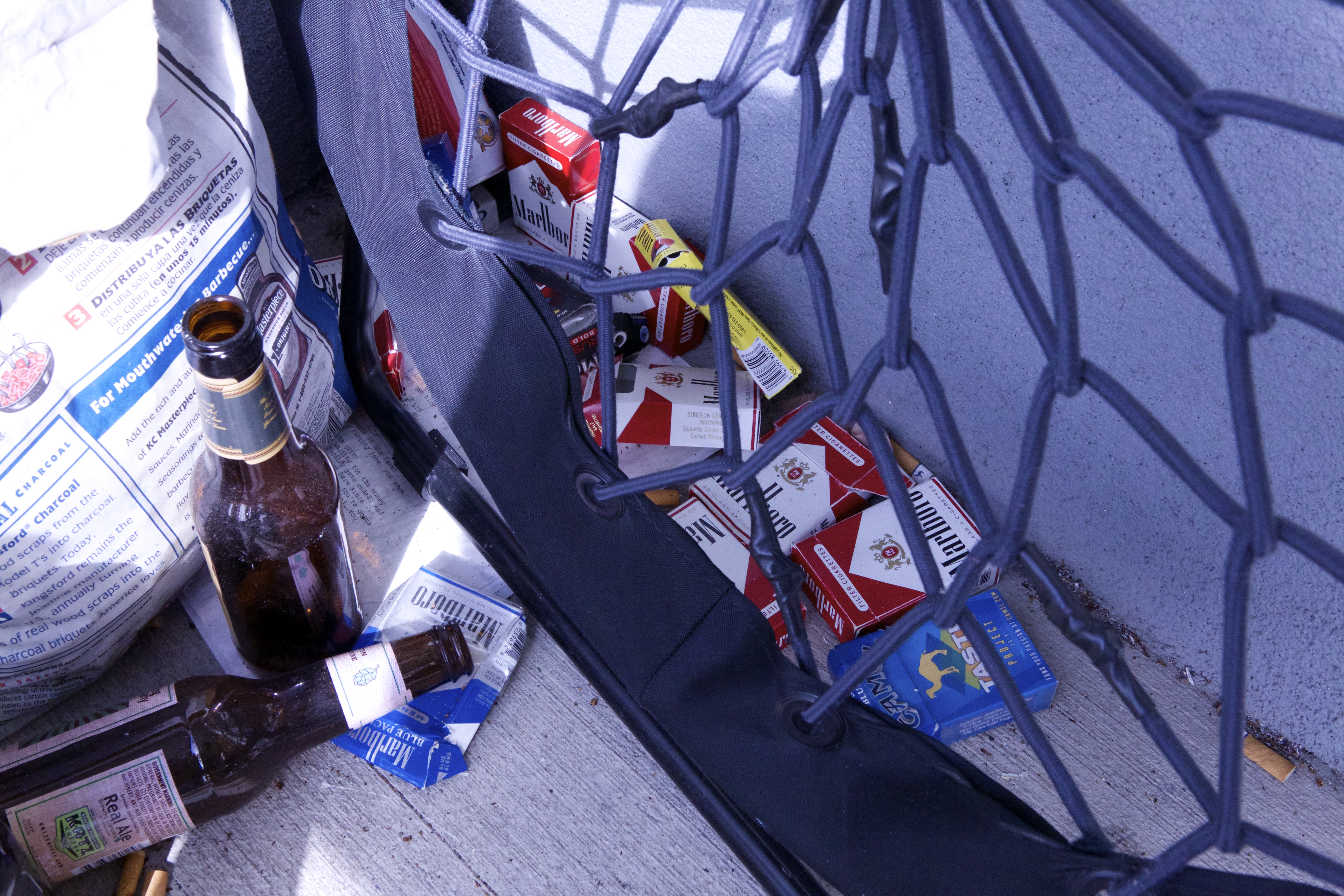 Adrienne Howarth-Moore, director of UT’s Human Resource Services, says that the three most common situations when people violate the no tobacco police are outside of libraries, during finals week, and in the evenings. 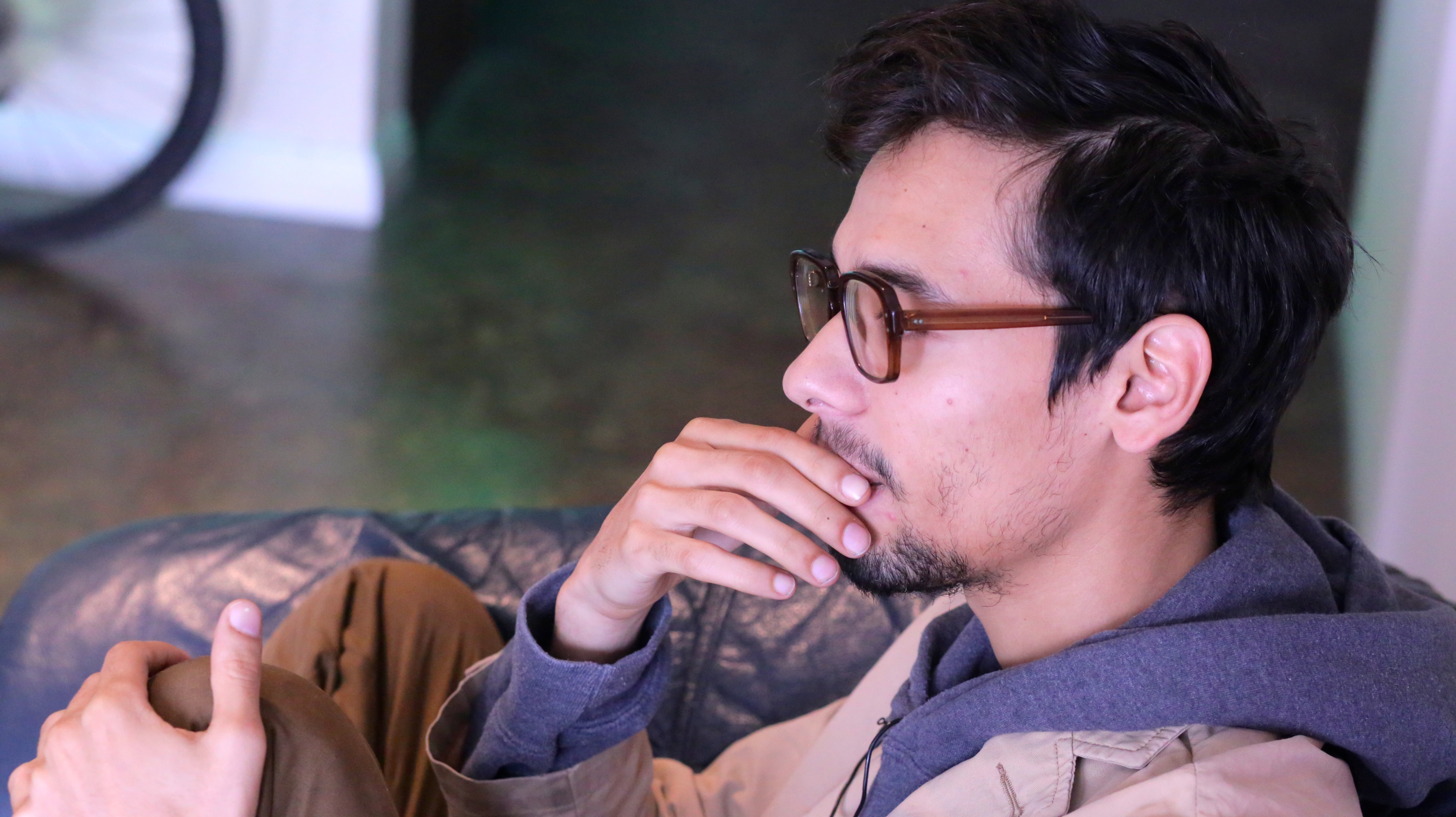 "I've been smoking since I was a freshman in college," Taferes said. "I enjoy it. I feel calmer when I have a cigarette."

“Outside of a library, during finals week, in the events are the three most common situations when people will violate the no tobacco policy.”

When students are trying to study and need a cigarette to relax, the ban just stresses them out more, Tafares says.

“I feel calmer when I have a cigarette,” Tafares said. “I started smoking my freshman year of college. My brother smoked and I was in theatre and doing film and it was pretty typical to see people around me smoking. I mean, I enjoy it.”

“It’s this idea like, ‘Oh if we ban it less people will smoke,’ and I don’t think that’s really going to happen,” Tafares said. “It’s going to make people more annoyed and frustrated and stress them out even more. So now they have a new stresser that they have to deal with like being afraid to smoke.”