If you’re looking to unwind after a long and stressful week, going to a 4-day-long festival in the heart of downtown Austin probably isn’t at the top on your list – but you might rethink that after hearing about Wanderlust. 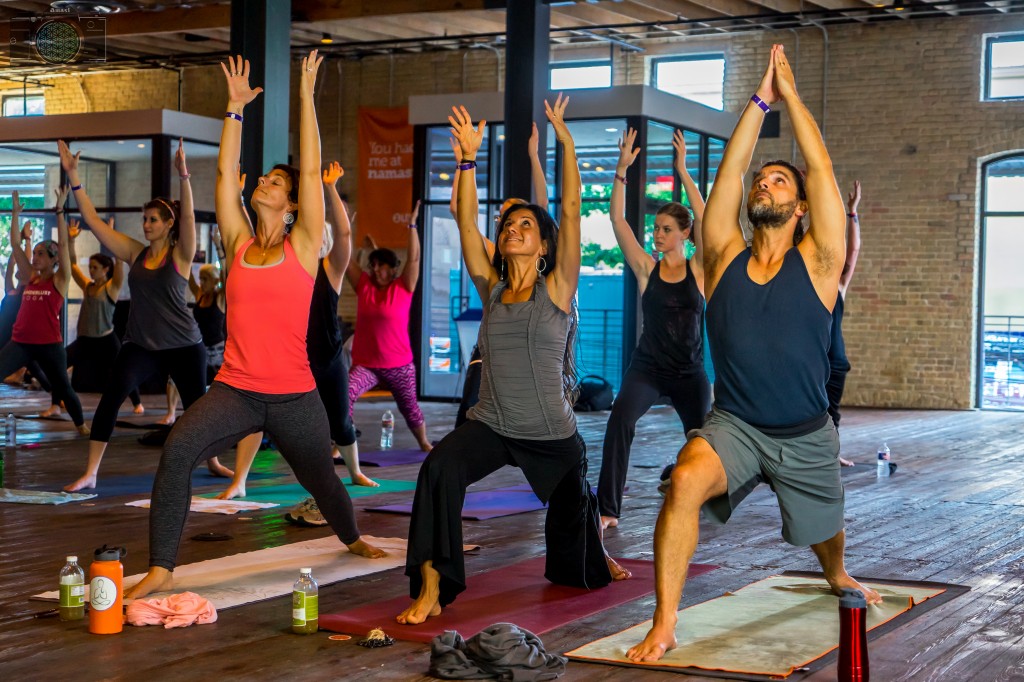 A group of attendees at the Wanderlust Yoga Festival take part in a class. Festival activities were spread out over four days. Photo by Andrew Masi. 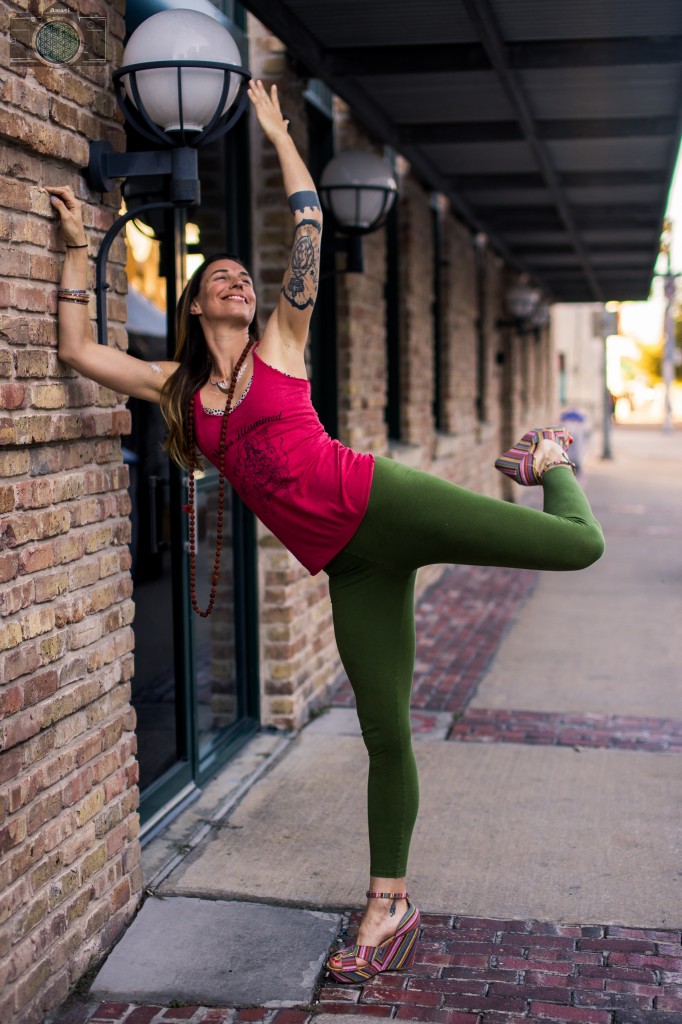 Zoe Mantarakis shows off one of her favorite yoga positions. Mantarakis led several different classes at the festival. Photo by Andrew Masi.

Zoe Mantarakis has been teaching yoga in Austin for 14 years. She led five very different classes at Wanderlust Austin this year, embodying the wide spectrum of yoga the festival offered.

She started with a self-empowerment class on Friday morning called “Nectar Within” and a meditative class called “Om Shanti Bliss-out.” Later that evening, she switched gears and led “Boom Boom Pow Black Light,” a collaboration with musician DJ Manny that she called a “party on your yoga mat.” She also taught a class on Saturday on her style of yoga rooted in ancient Sanskrit philosophy, “Yoga Illumined,” and a class on Sunday about self-discipline called “Tapas: Fire Within.”

Though her classes were very different from each other, they were “all on the same spectrum,” Mantarakis said, because they focused on creating community.

“Yoga is about bringing a community together and creating a tribe. So there’s many ways to accomplish that, and all of those ways are yoga,” she said. “So if it’s just sitting still and meditating, that’s yoga. If it’s having a party where we’re conscious and we’re all coming together, that’s yoga.”

Newcomers and expert yogis alike found Wanderlust classes that suited their needs. Festivalgoer Stephan Mazerand has been practicing yoga for about three months. His first love is running, and he discovered yoga as a way to help him stretch better.

Though he’s still a beginner, he was able to find classes at the festival that worked for him and helped him grow.

“The problem is I’m a runner, so I can’t straighten out properly,” Mazerand said. “There’s a bunch of poses. I’m not very good at them, and so the instructor was helping me out a little bit, you know.”

In an effort to get festivalgoers out of their comfort zone, Austin yoga teacher Dani Whitehead hosted an open-to-everyone acroyoga “jam” session. She hoped to get people to try acroyoga for the first time, but also provide an opportunity for advanced yogis to “come out and show off.” 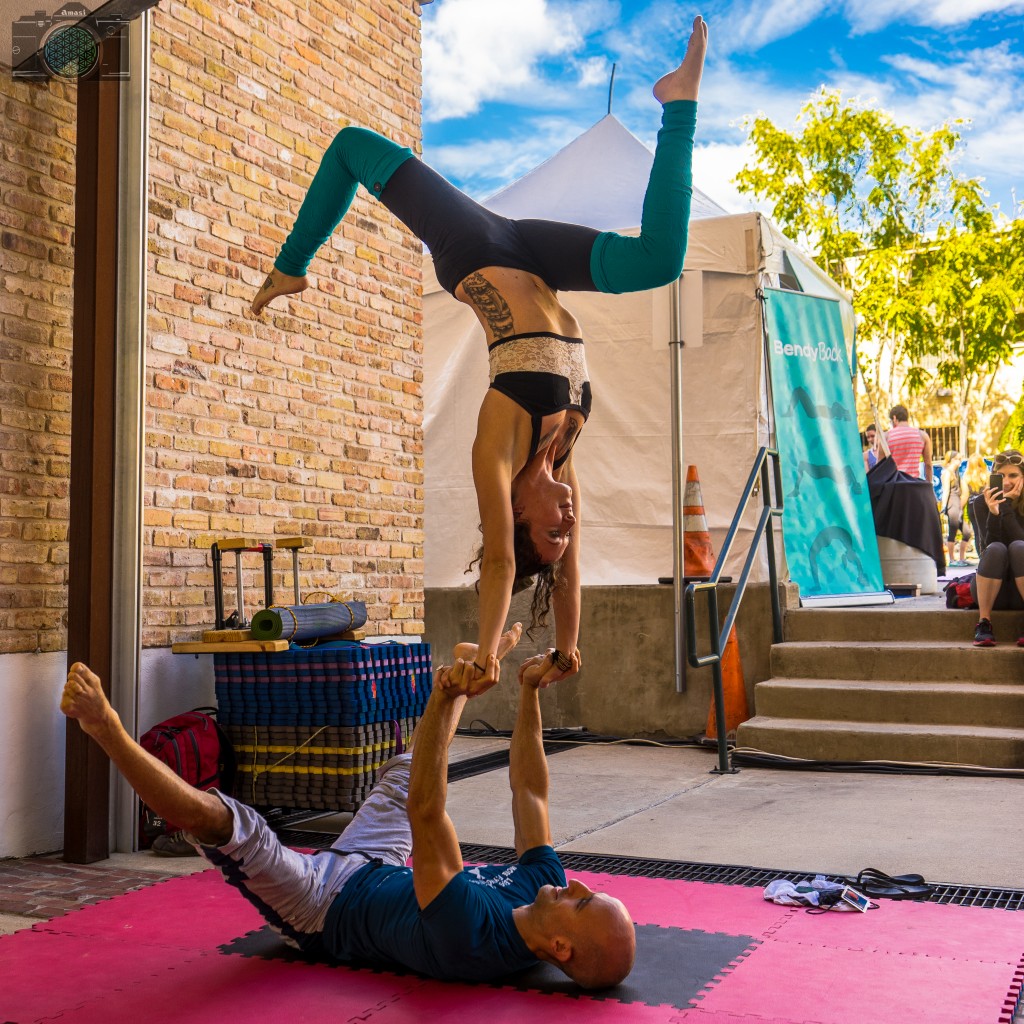 Dani Whitehead demonstrates her strength in a partnered acroyoga session. Whitehead teaches acrobatic partner yoga in Austin, and feats like this draw students to her classes. Photo by Andrew Masi.

Whitehead has been practicing acroyoga for about three years. Though it is more vigorous than traditional yoga, she hopes to get more people into it and grow the community. 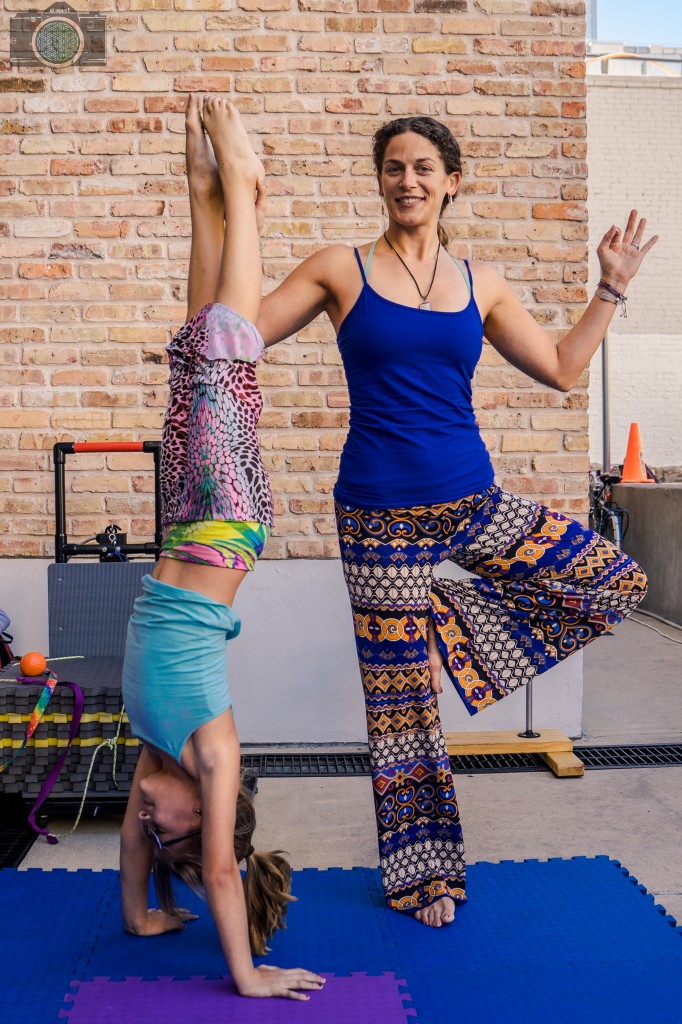 Everyone was invited to participate in the acroyoga play session, as long as they did so safely. Photo by Andrew Masi.

“It is such an amazing practice to do with your friend, your boyfriend, your girlfriend, your children – and I am all about supporting that coming together and bringing people in, but also staying safe and taking care of each other,” Whitehead said.

Austin yogi Elizabeth Davis led hiking classes at Wanderlust to help people to “take their Austin outside,” expand their consciousness and find the magic in every moment. She urged her hikers to do self-inquiry work and have “authentic conversations” about their negative or shameful thoughts so that they could move past them and appreciate the present.

“Every moment is truly a gift. It’s a gift that we’re even together as human beings,” she said. “I’m so grateful to be a part of this amazing experience and community. It just reaffirms why I’m in the yoga community and why I do what I do. And I just couldn’t be more happy.”

Austin’s festival is just one of the many annual Wanderlust Yoga Festivals held across the U.S. and around the globe, including Canada and Australia. The festivals help grow and connect the many yoga communities across the world, Mantarakis said.

“To me Wanderlust Festival is all about tribe. And that’s essentially what it is. It’s a traveling group of yogis that grows at each spot and cultivates community within a certain location but then also across boundaries,” she said. “Once we’re connected, we’re a tribe. Across state lines, across country lines.” 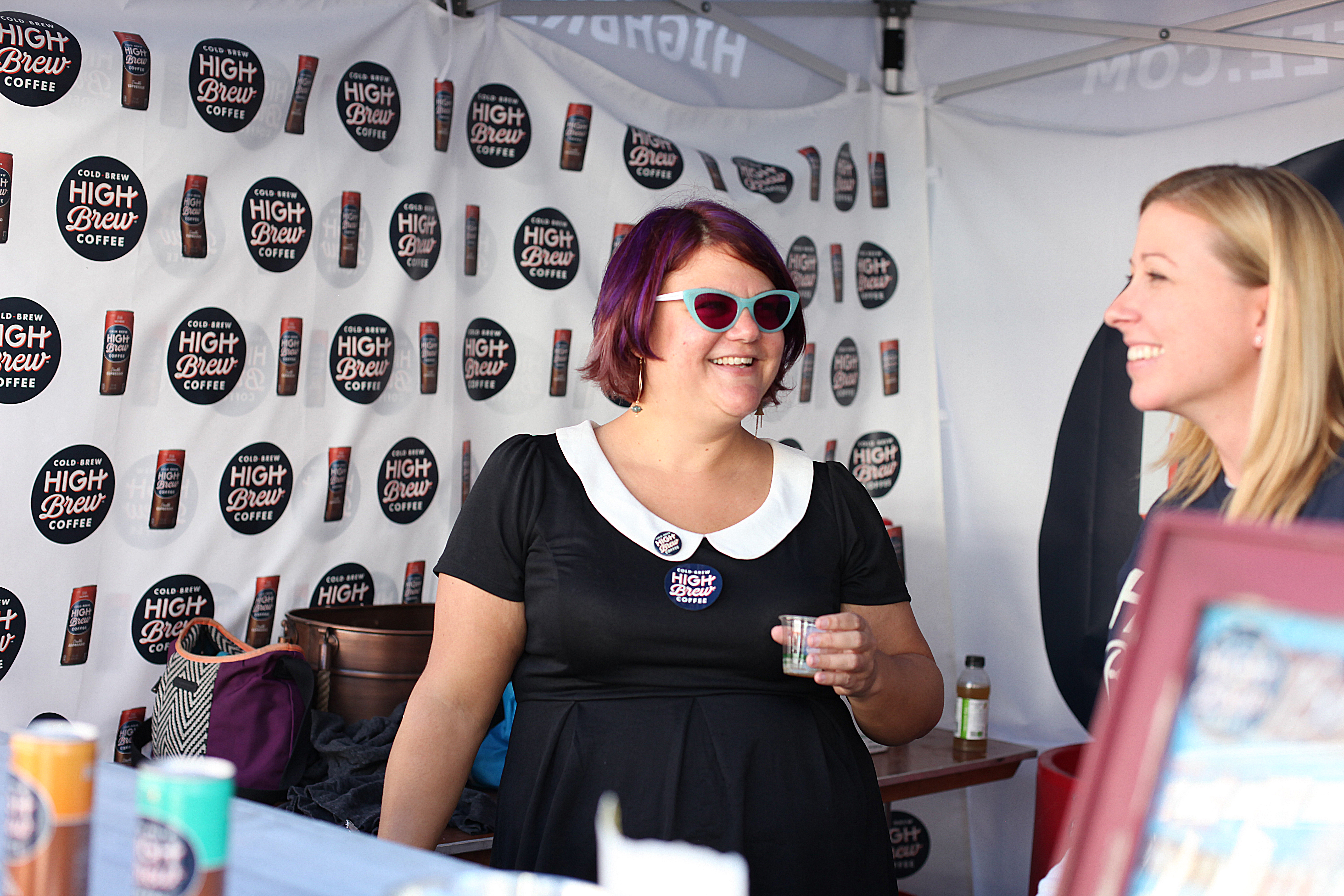 April Riggs from High Brew Coffee, a cold press coffee vendor at the festival, offers samples of some of their most popular coffee flavors. Photo by Silvana Di Ravenna. 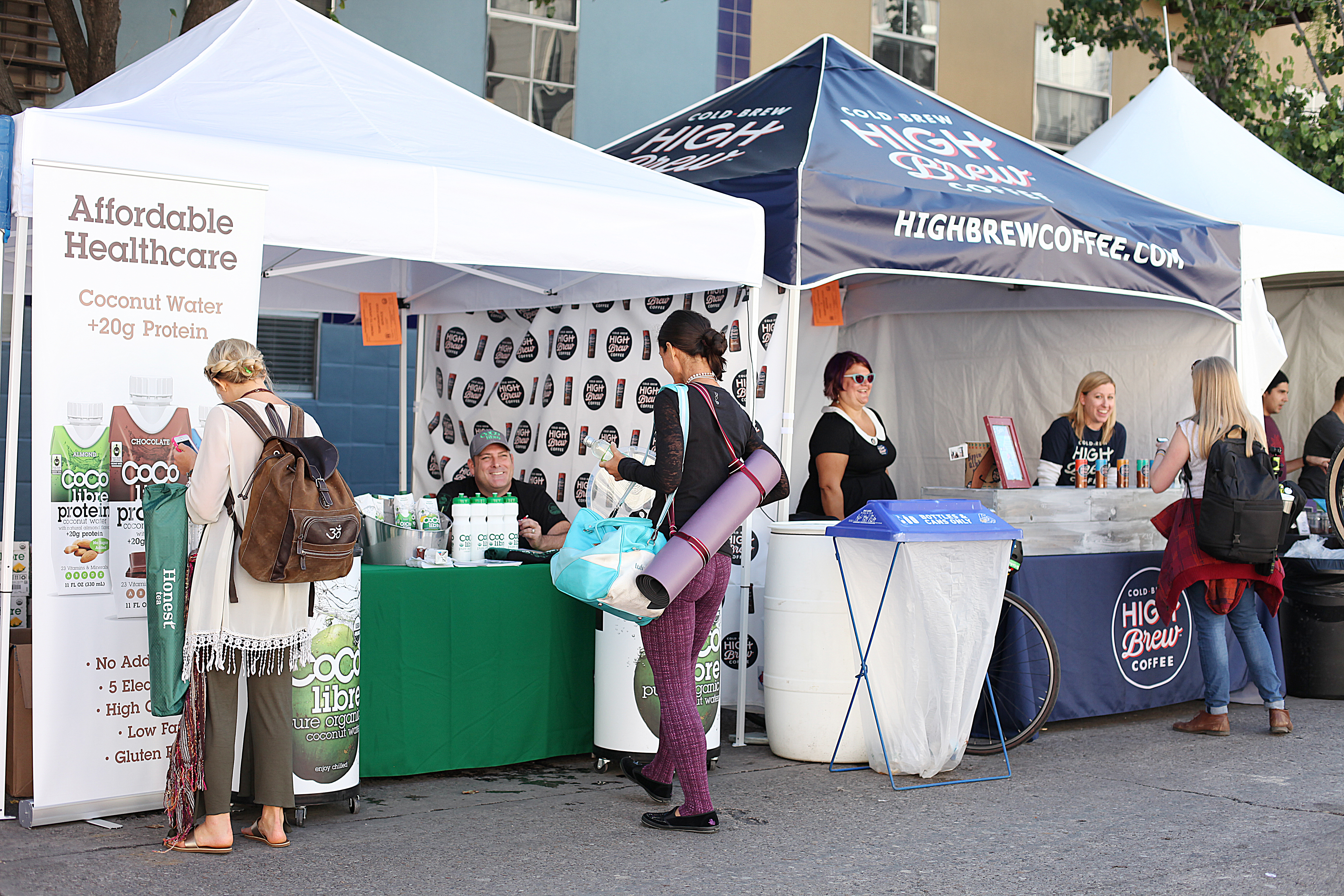 Wanderlust, an inclusive yoga festival, took place at the intersection of 4th Street and Brazos from Nov. 6-9. Besides the various yoga classes offered, attendees had the opportunity to shop for yoga-related items and clothes from a mix of local and out-of-state vendors. Photo by Silvana Di Ravenna. 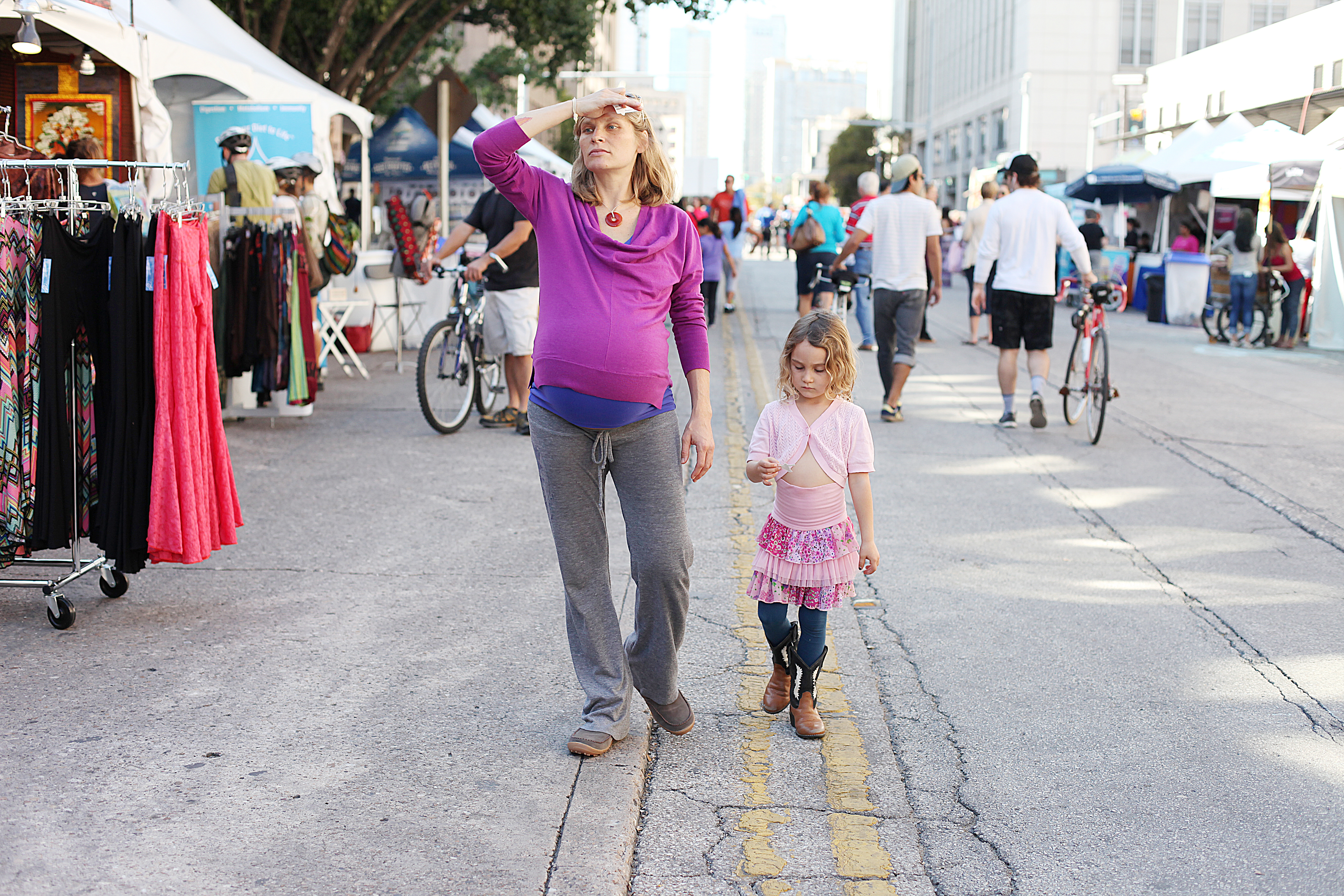 Wanderlust Yoga Festival was the perfect opportunity to introduce kids to the benefits of practicing yoga. Families had the chance to enjoy hula-hoop classes, live music and even improvised juggling lessons. Photo by Silvana Di Ravenna. 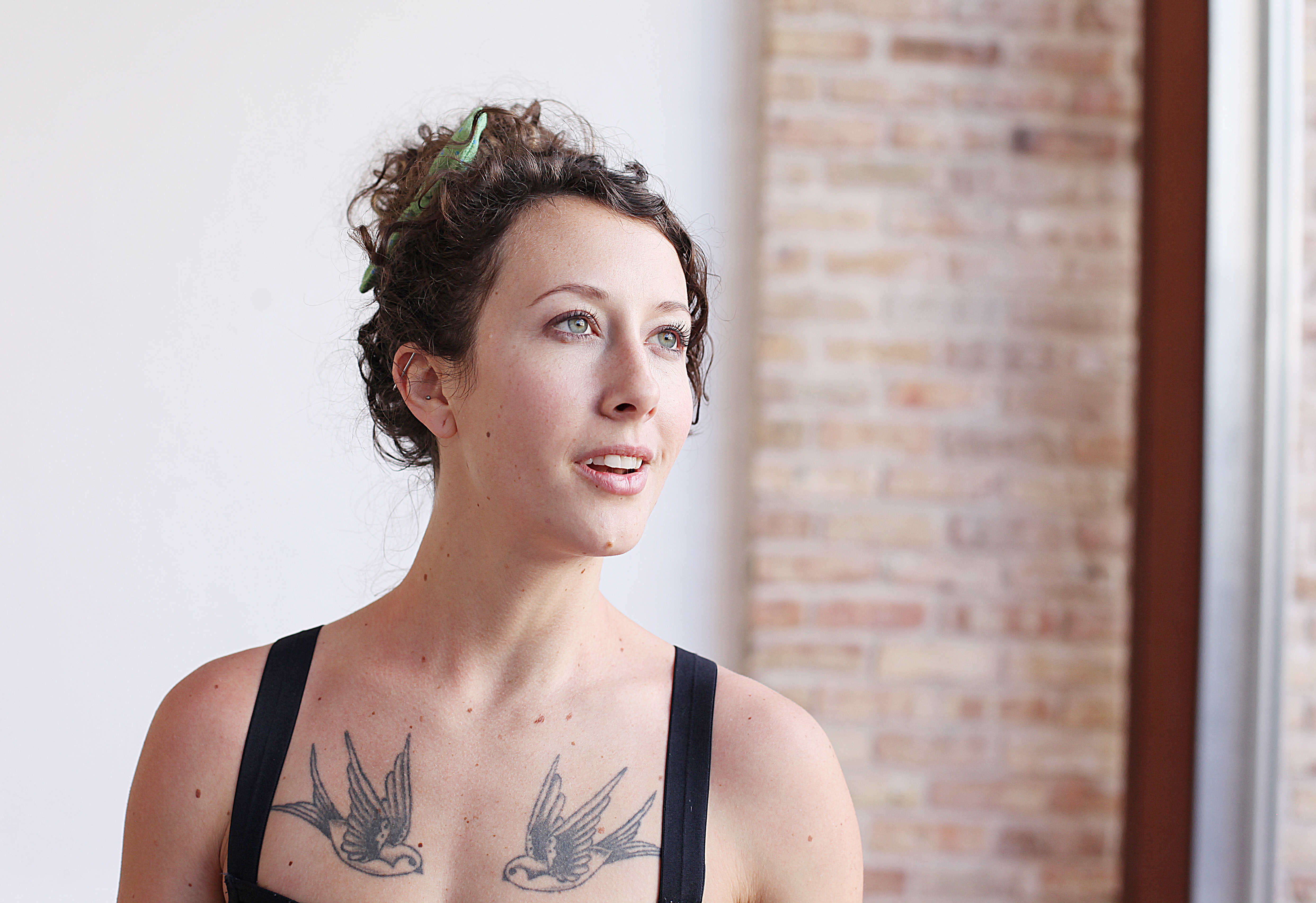 Austin yogi Dani Whitehead has been practicing acroyoga for three years. She and other instructors hosted an open acroyoga play session for Wanderlust. Photo by Silvana Di Ravenna. 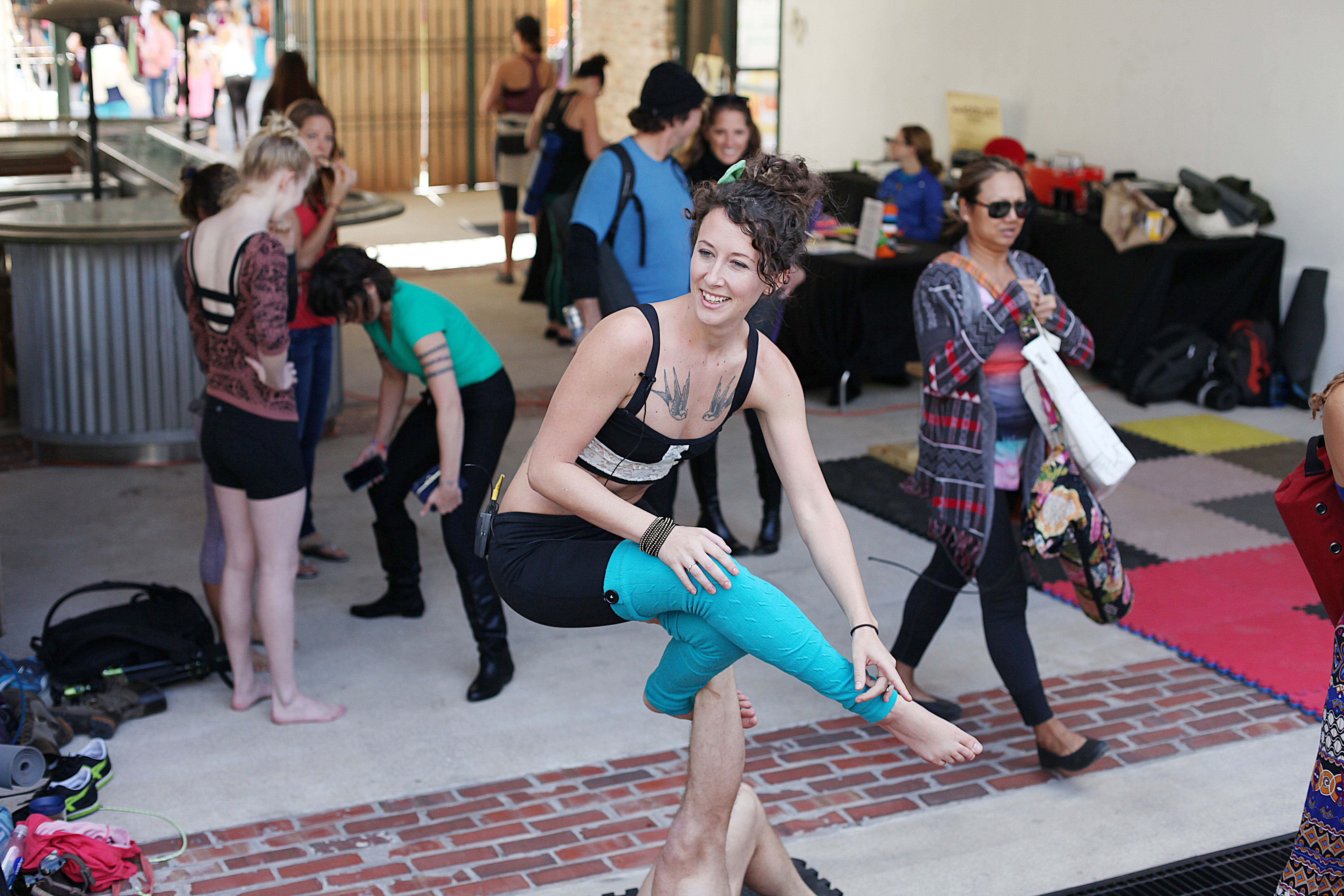 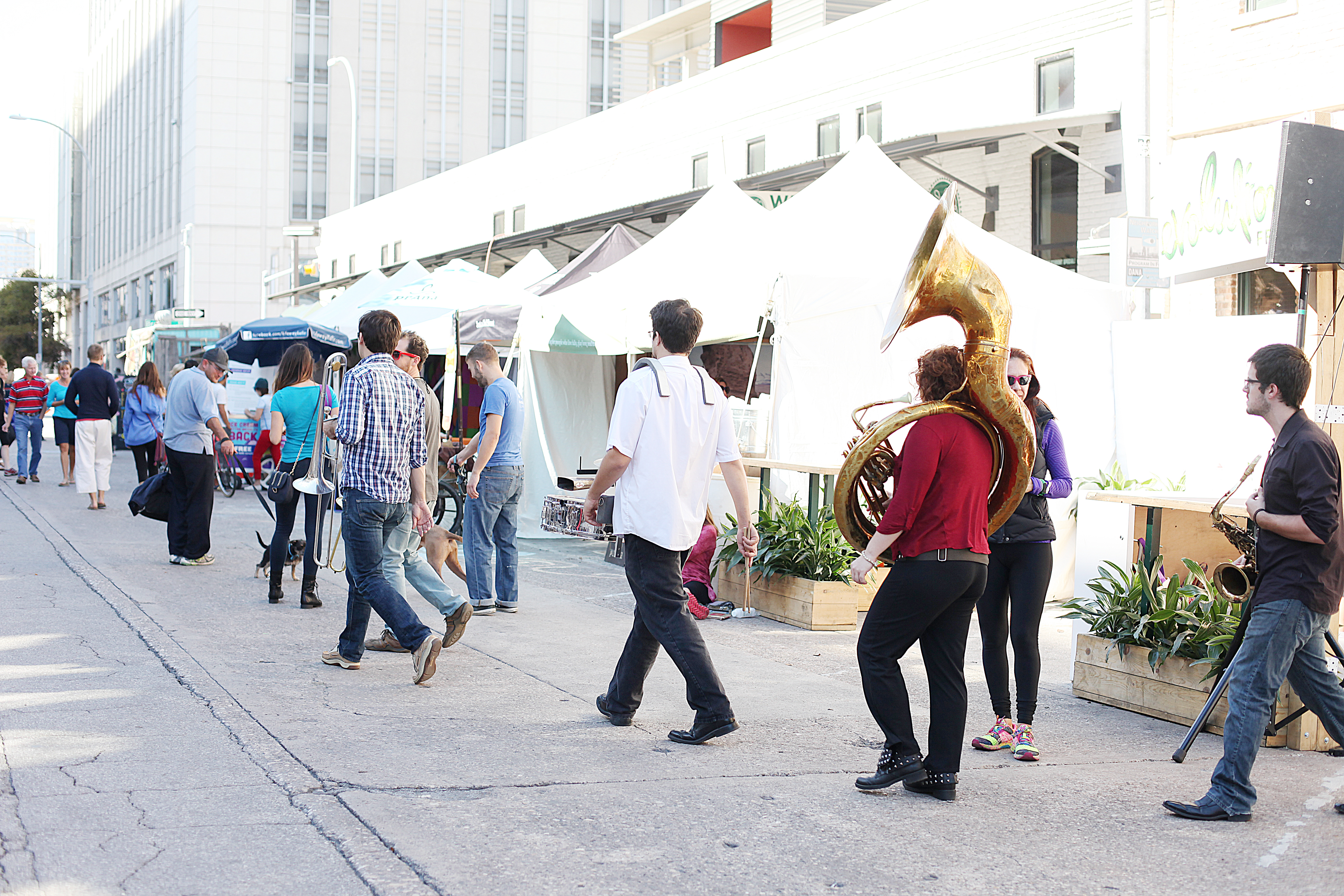 Yoga was not the only star of the show, as music was also a big component of the festival. There were a variety of musicians, from pop-up performances to live performances and DJ sets. Photo by Silvana Di Ravenna. 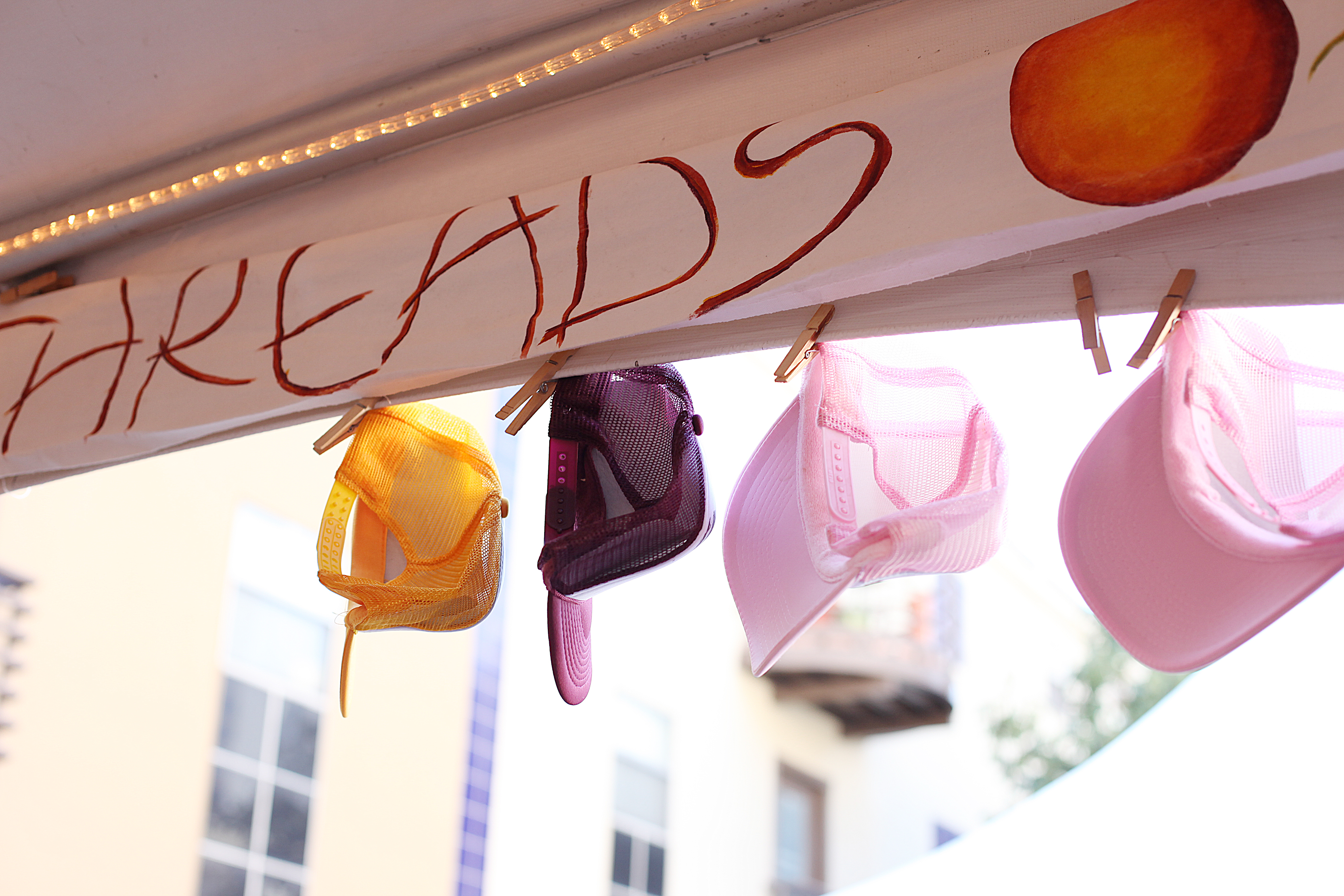 Kava Threads, one of the out-of-state vendors at Wanderlust festival, is a clothing line that specializes in hand painted products and a favorite among yogis who are looking for natural and unique garments. Photo by Silvana Di Ravenna. 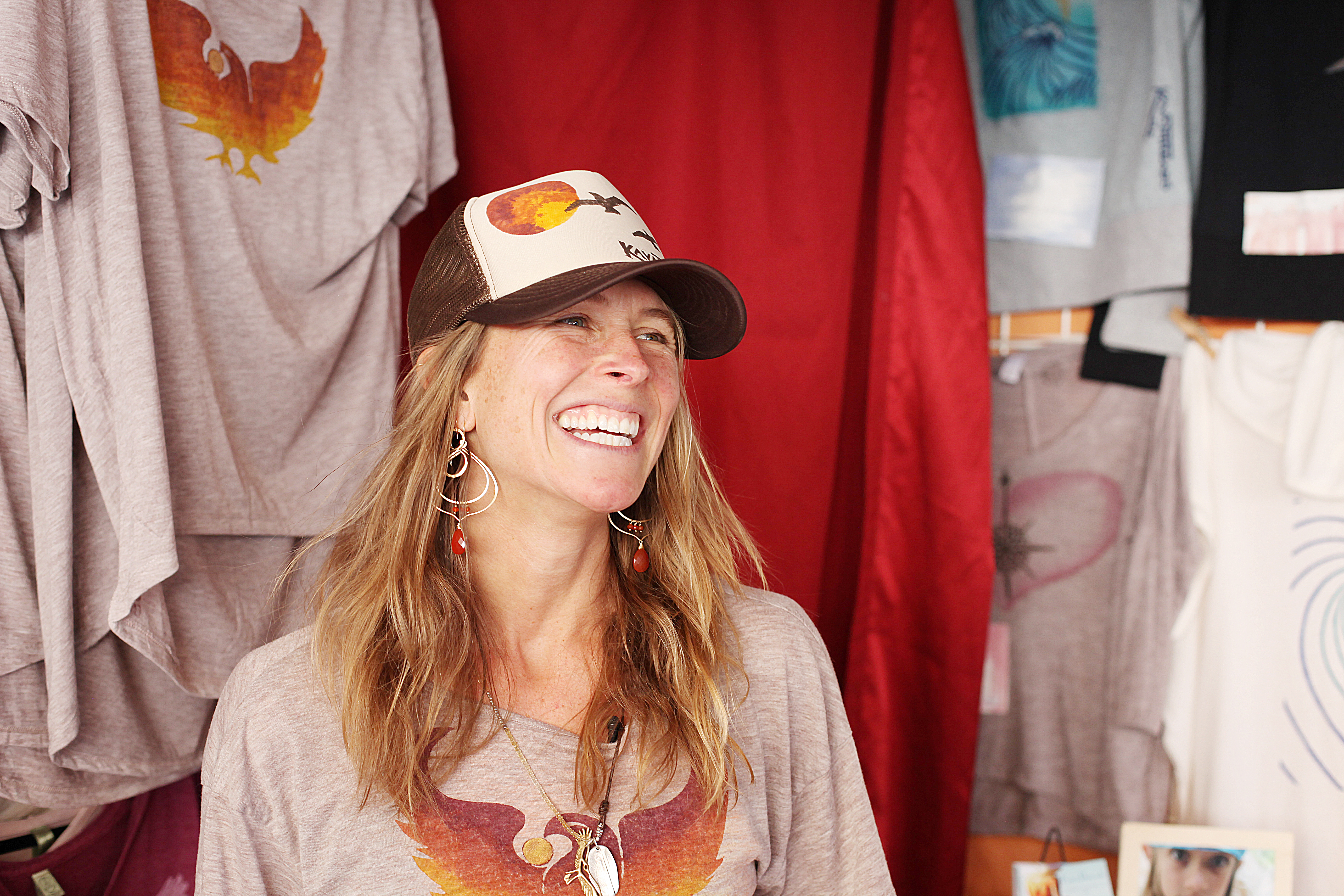 Robin Langstaff-French, owner of Kava Threads, hand-paints all the clothing in her store. Her favorite thing to paint is birds, both because of her first name and because they're "a symbol of freedom." Photo by Silvana Di Ravenna. 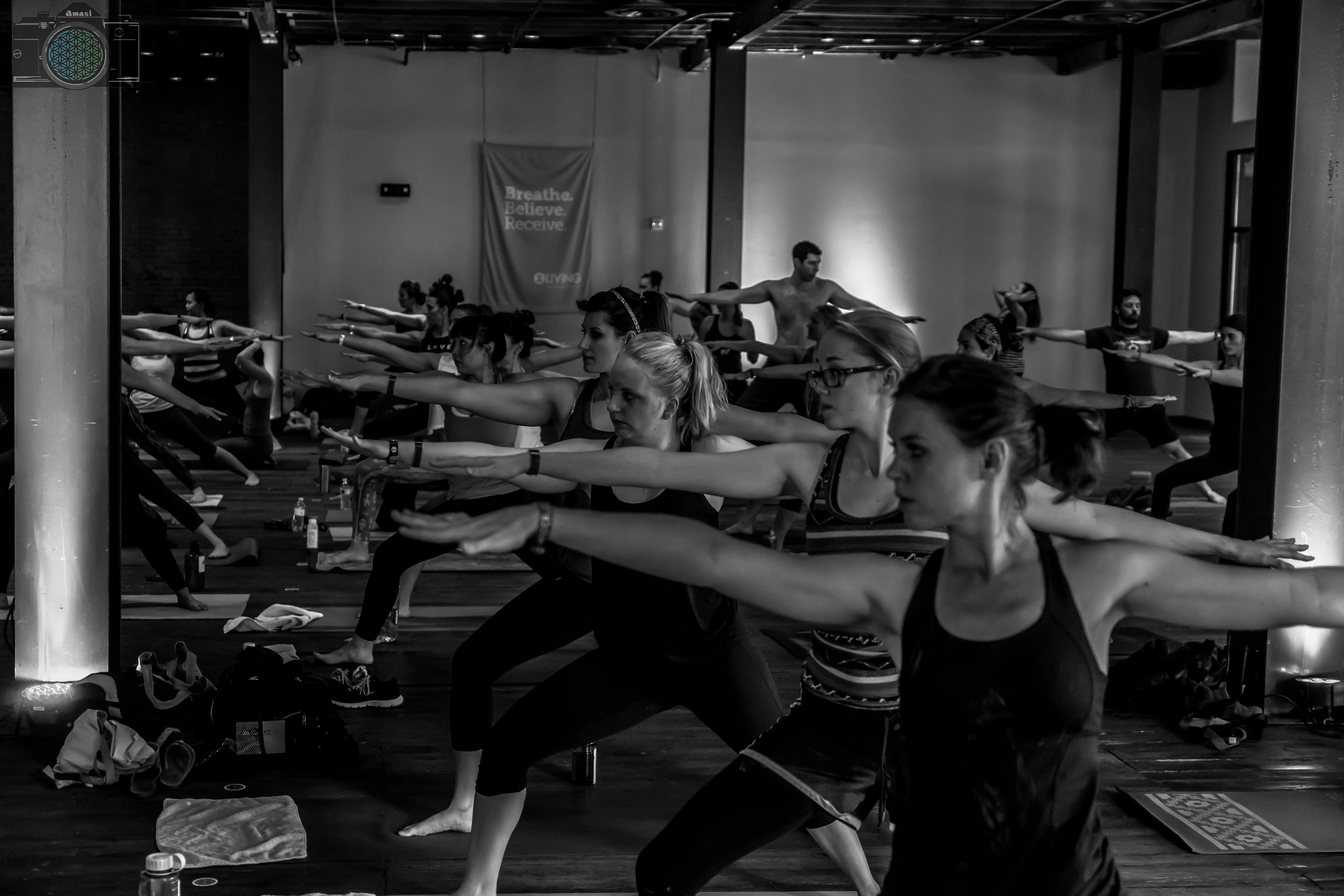 Yoga is the perfect alternative to repetitive, straining movements of most workout styles. It can improve posture and help increase body awareness in a gentle and gradual manner. Photo by Andrew Masi. 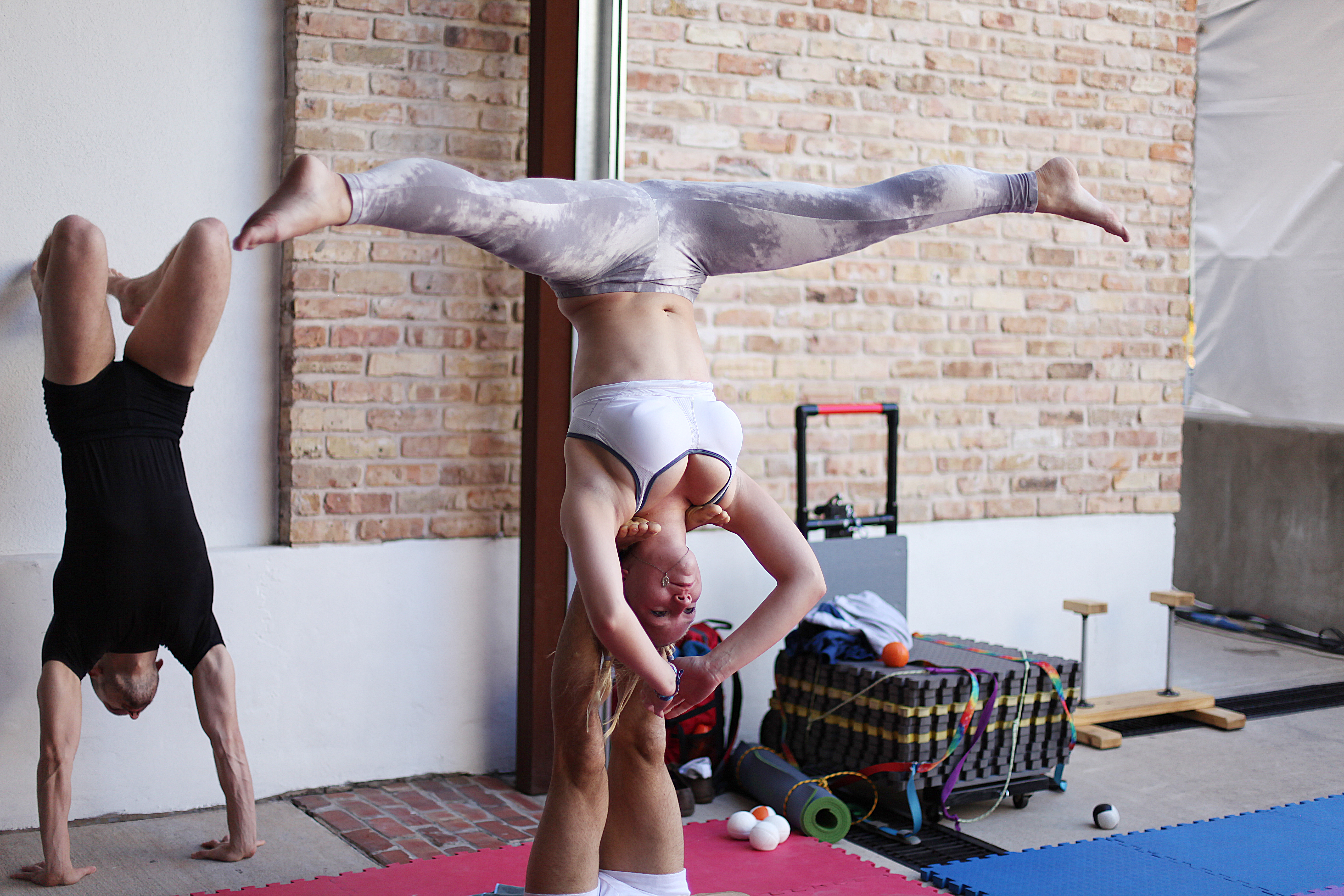