Gourmet ramen not uncommon in Austin 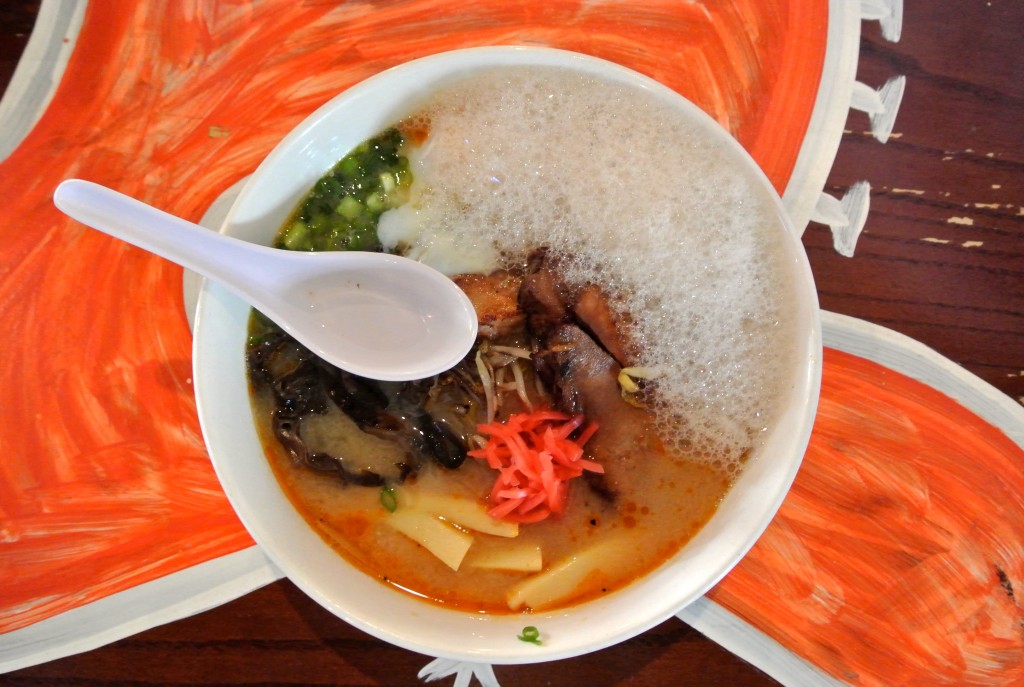 Shiner miso ramen is served at East Side King.

When someone mentions the Japanese comfort food ramen, what usually comes to mind is a square package of cheap, freeze-dried almost-noodles with a shake-in packet of some protein-flavored “broth” that broke college students buy in bulk.

This is not that ramen.

This ramen is made with thick, hand-cut noodles in a rich broth with heaps of toppings such as beni shoga pickled ginger, chiasu pork shoulder, kikurage mushrooms, and, in one case, Shiner Bock beer foam.

To compare these gourmet dishes with what HEB sells for 35¢ per pack is like comparing The Godfather II to Grown Ups 2: Both are “movies” in that they are sound and video together on a screen, like both “ramens” are essentially noodles in a bowl of steaming broth.

The comparison ends there.

Since 2012, the gourmet ramen craze has taken Austin by storm. Places like Ramen Tatsu-Ya, Daruma and Michi Ramen, consistently rated among the best in the city, keep their ramen traditional, while others, like Top Chef winner Paul Qui’s side project East Side King, create a fusion of flavors not often found in a bowl of noodles.

David Cardena, general manager of East Side King at Hole in the Wall, said he considers their ramen to be specialty fusion, or what he calls “traditional with a twist.” He said he thinks ramen as a trend has caught on in Austin because it’s foreign to most Americans.

“It was foreign to me before I stared working at East Side King, and now I’ll eat at other ramen places just to feel it all out,” Cardena said. “I love our ramen, and I also love eating at Tatsu-Ya. It’s one of my favorite ramens, but I like traditional ramen.”

Unlike more conventional ramen dishes, like the pork-based Tonkotsu Original at Tatsu-Ya or the chicken/fish-based Shoyu Ramen at Daruma, East Side King at Hole in the Wall serves three distinct ramen bowls: the aforementioned Shiner Bock miso ramen, which is their take on “traditional” ramen; the chicken tortilla ramen, made with a Tom Yum shrimp base; and the Kimchi ramen, complete with spicy kimchi and pork belly.

“We aren’t just doing traditional stuff,” said Justin Guy, a fry and ramen cook at East Side King. “We’re pairing flavors that might not go together… [we’re] making a hybrid food out of something that didn’t before exist.” 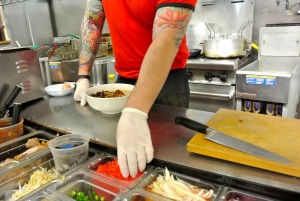 David Cardena makes a bowl of Shiner miso ramen. East Side King uses many offbeat ingredients for their fusion dishes.

Guy said he realizes the ingredients they use might be intimidating for first-time eaters, but that shouldn’t dissuade those interested in eating.

“I can see sometimes [by] popping my head out of the [kitchen] window that people are intimidated by the menu if they’re not familiar with the ingredients,” Guy said. “Sometimes you just [have to] go with it, and trust reviews and people who say it’s good. Just give it a shot.”

Ramen has caught on in Austin because it offers a change of pace, according to Guy.

“I think it’s something different,” Guy said. “It’s not barbecue and Mexican food, which is everywhere in this state, and it tastes good. It’s good, it’s different.”

One East Side King customer, Brian Jones, said the ramen there stacks up to authentic Japanese ramen. 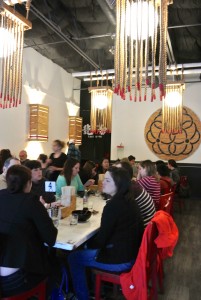 Shion Aikawa, who created Ramen Tatsu-Ya with his chef brother Tatsu and fellow chef Takuya Matsumoto, said in a 2014 article on Munchies — Vice Media’s food blog — that the cuisine in Austin is changing for the better, since returning to the city after moving to California and Japan in 2005.

“The climate back in 2005 was a lot of Tex-Mex, chain restaurants like Red Lobster, and fast food,” Aikawa said. “Yes, there were restaurants, but it seemed like a lot of old mom-and-pop joints were trying to cater to everyone in town…I’m happy to see the change that’s happening in Austin since moving back.”

Austin’s shift in food climate can be attributed to residents becoming more culturally aware, according to Aikawa. With over 110 people moving to Austin every day, people with different and even multiple cultures live side-by-side.

“We’ve got more people who are aware of other cultures today,” Aikawa said. “You ask anybody in Austin nowadays, “Where can I get pho?” and you have about an 80 percent chance of someone actually knowing what pho is; five years ago, no one would have had a clue.”

Ramen Tatsu-Ya and Michi Ramen were unable to comment by press time. 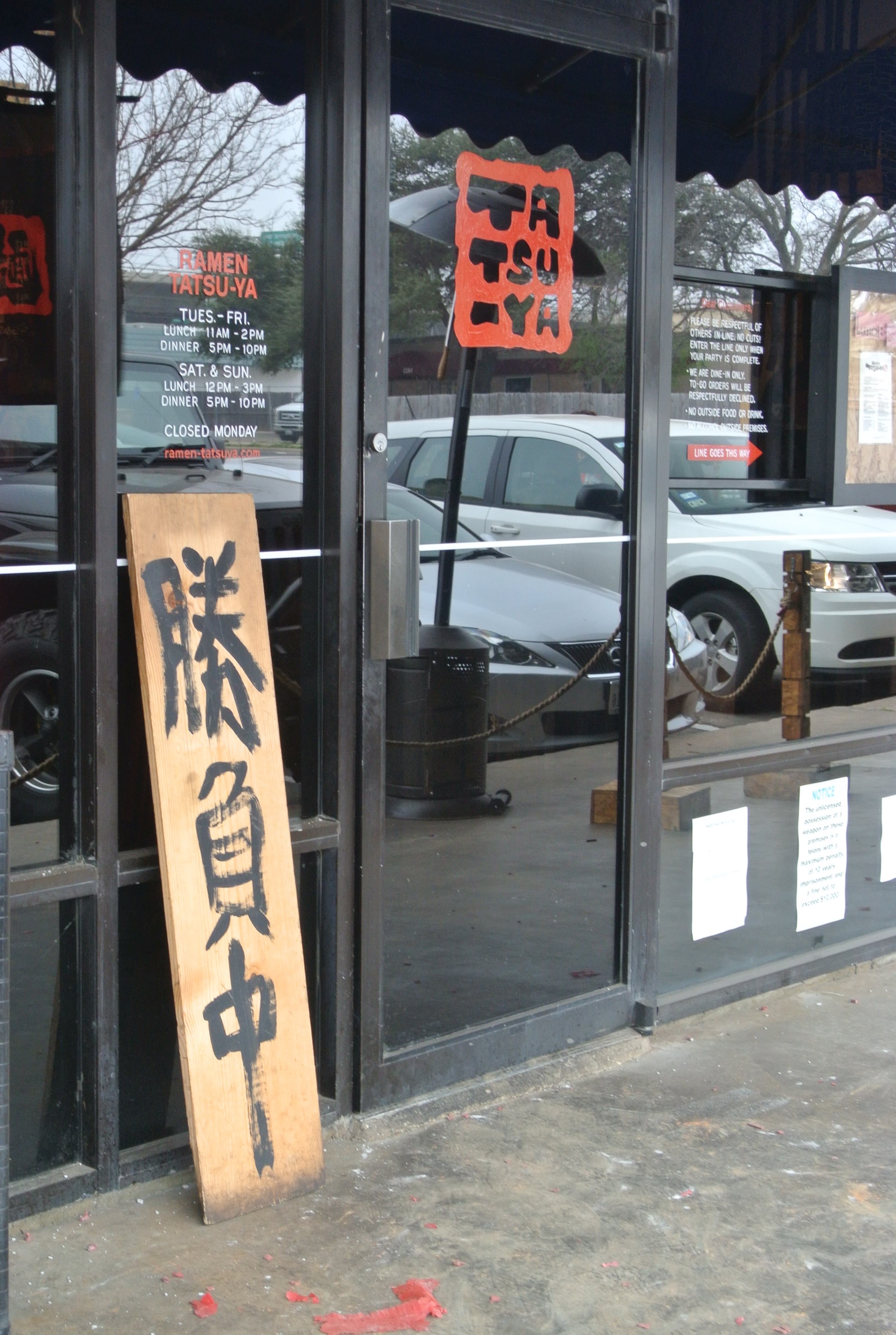 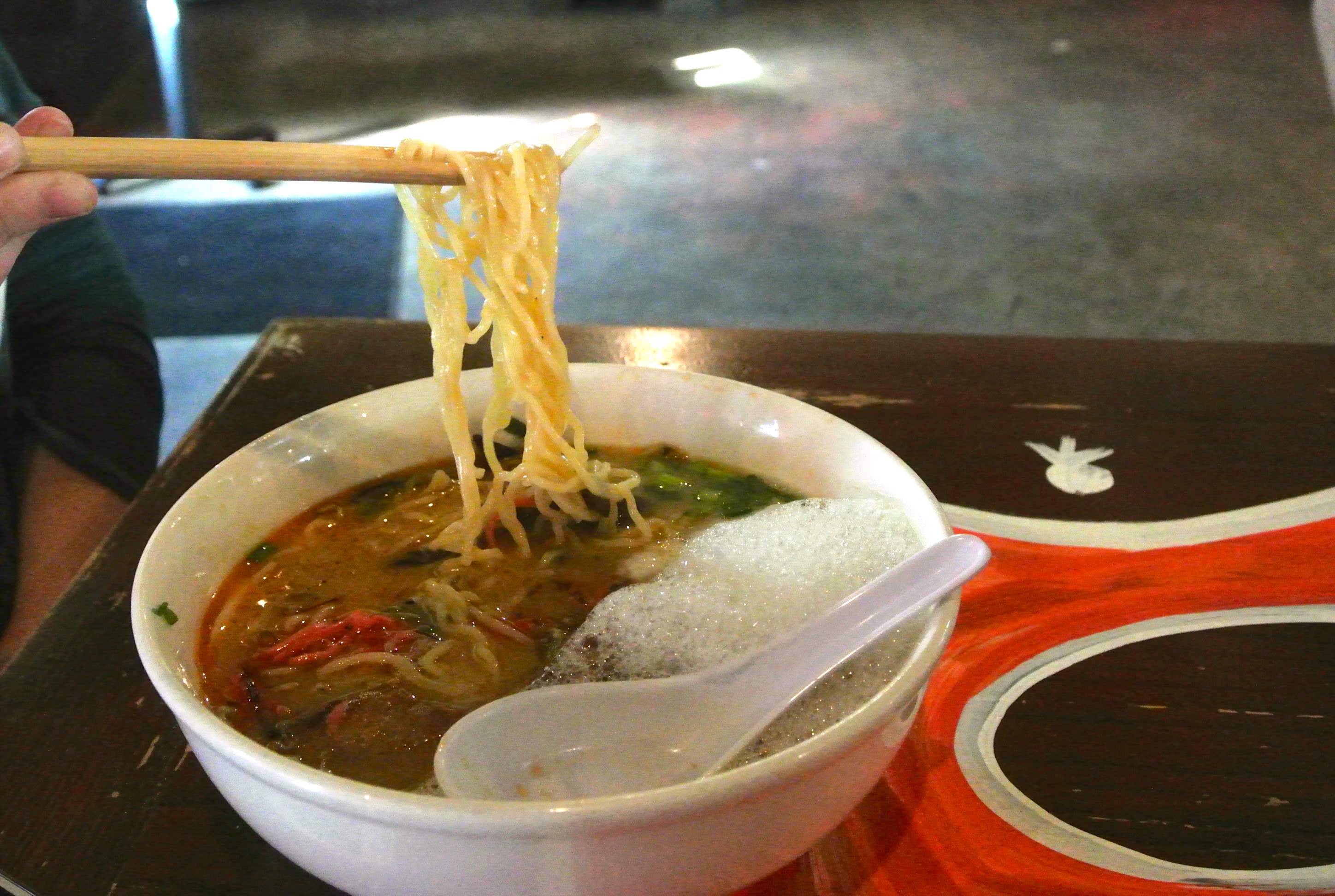 Shiner Miso Ramen is a specialty at East Side King that should be consumed with chopsticks. 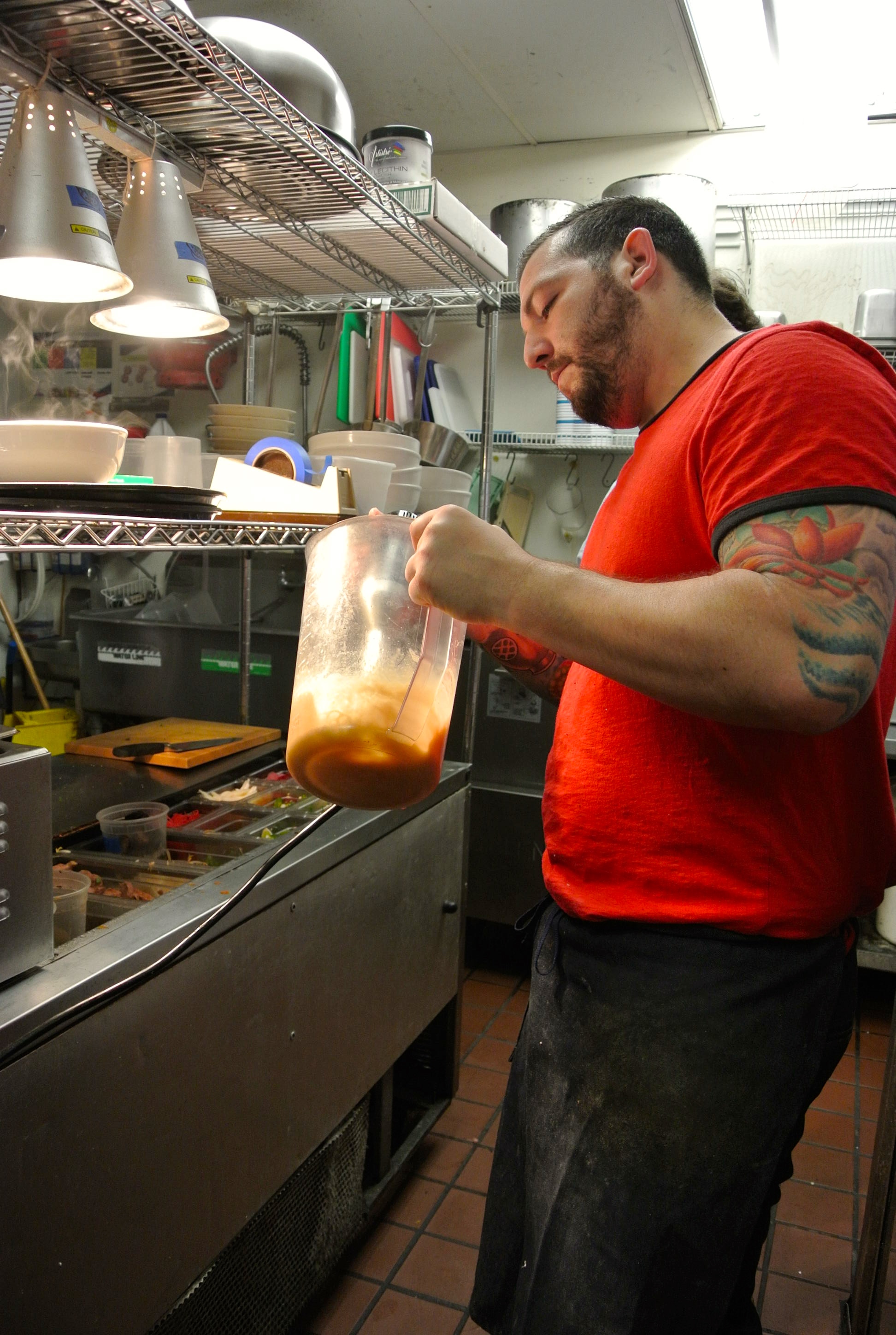 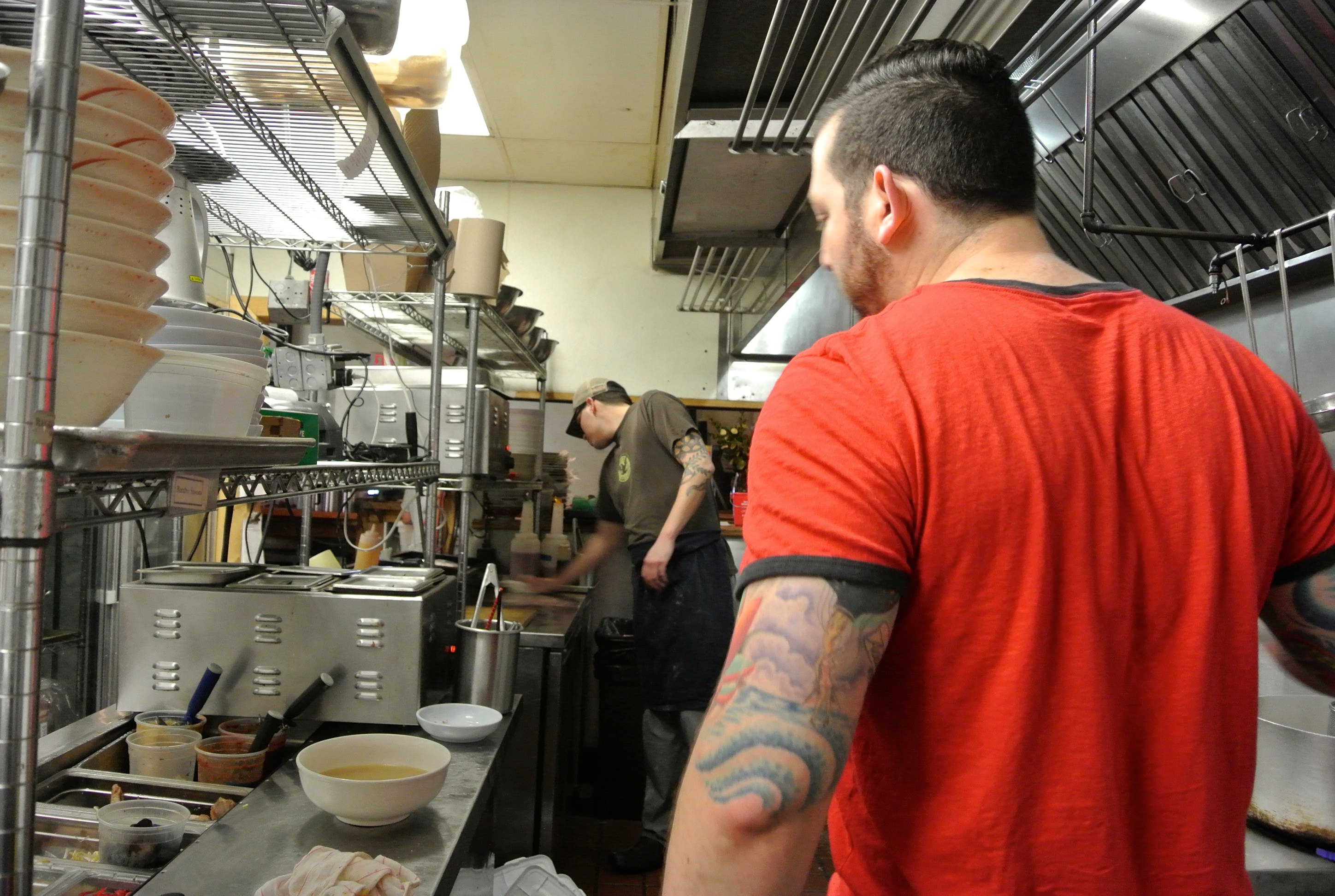 David Cardena and Justin Guy, fry and ramen cook, work in a small kitchen together at East Side King. 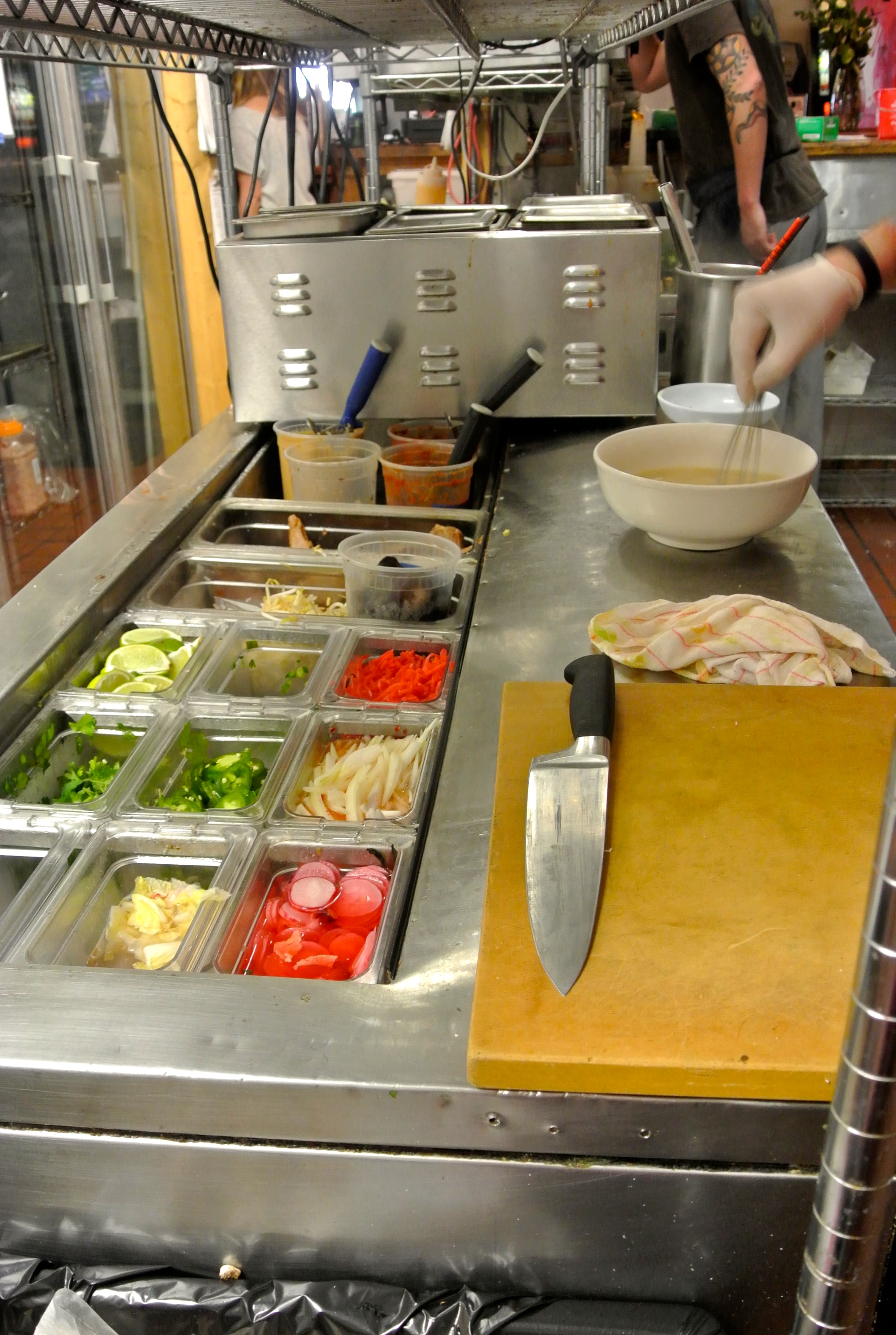 There are many ingredients that go into your specialty ramen at East Side King. 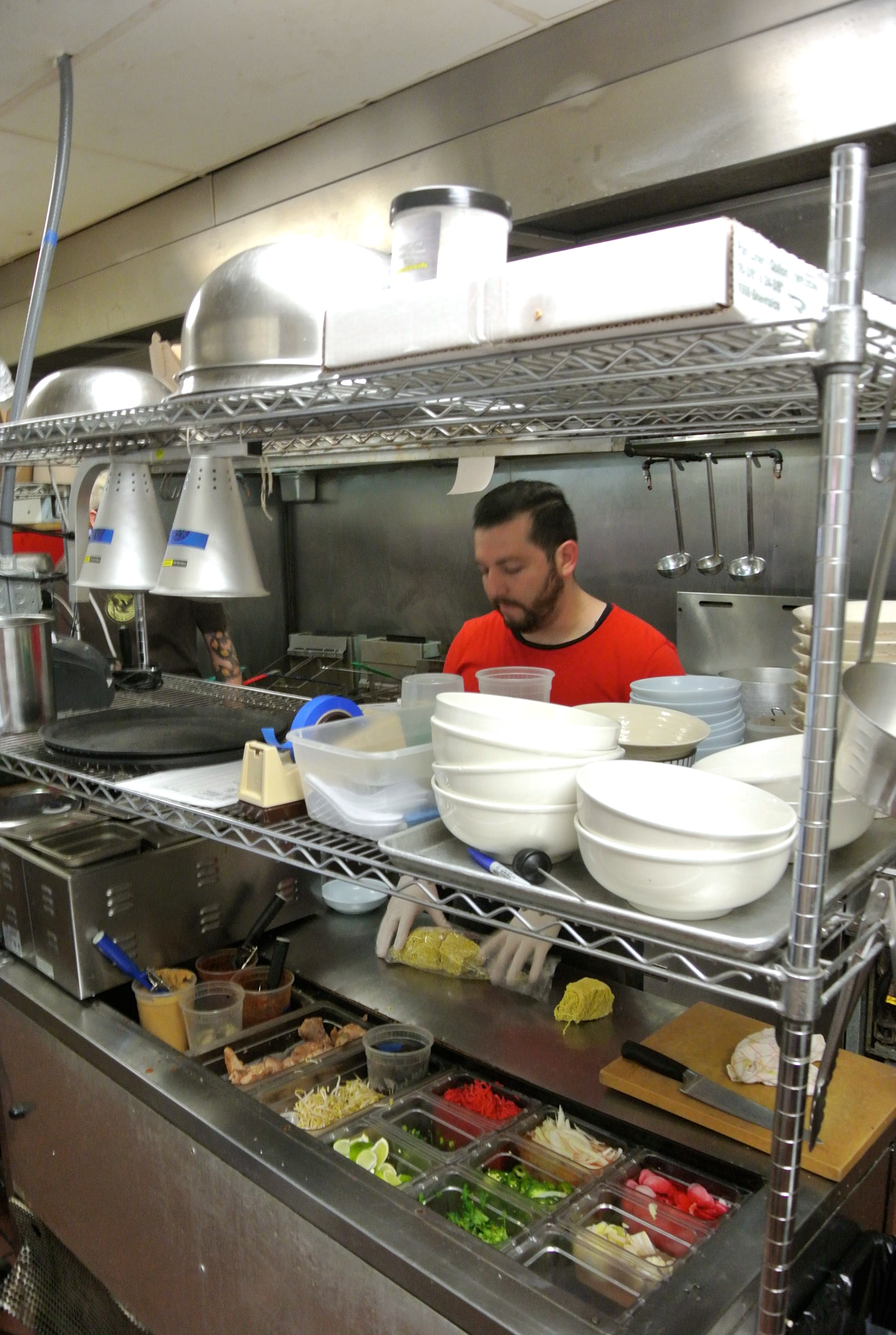 David Cardena, the manager at East Side King is showing the preparations for making ramen. 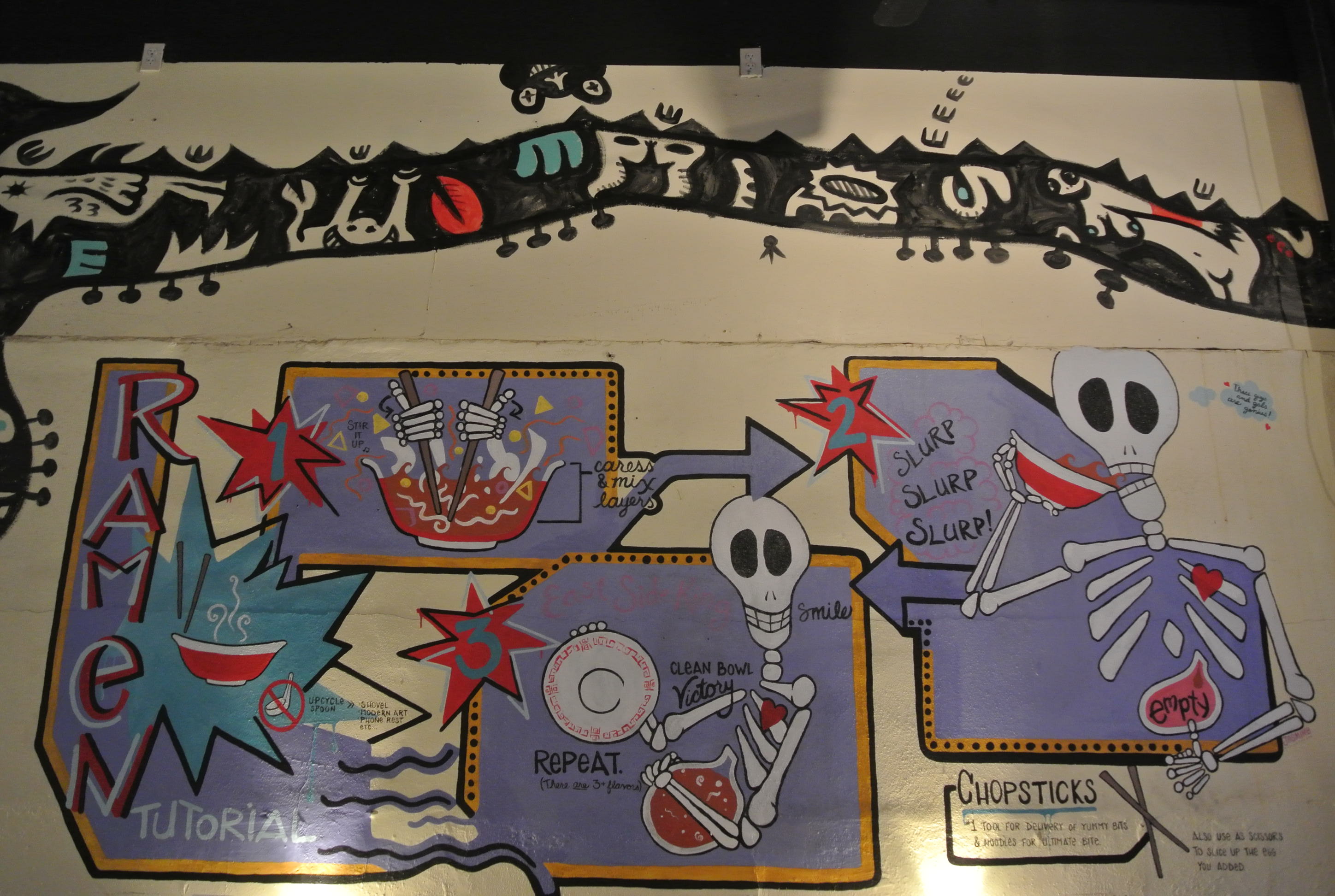 A mural in East Side King shows instructions for how-to enjoy your ramen. 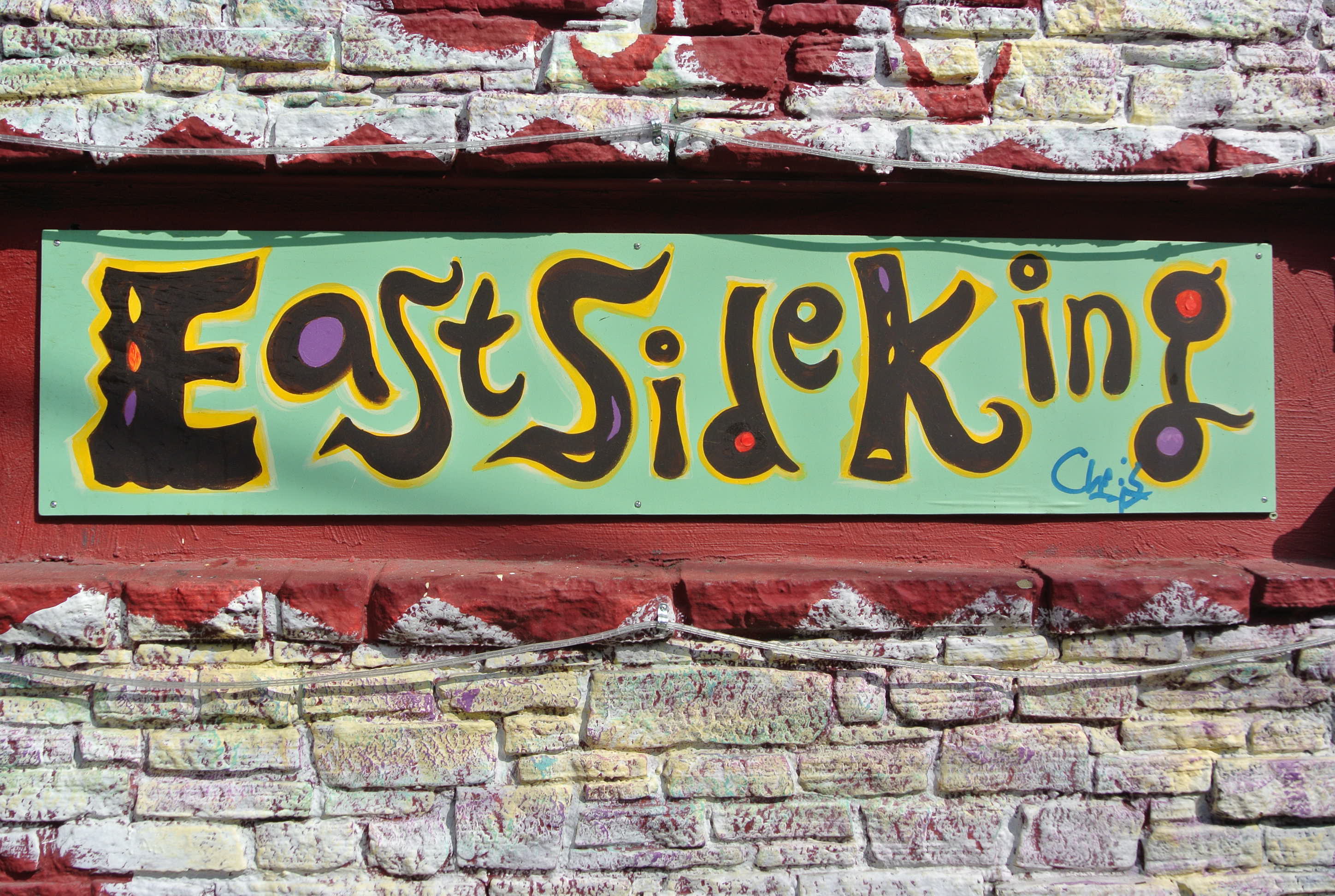