The Omelettry says goodbye to Burnet Road after 36 years

By Chris Caraveo and Taylor Prewitt 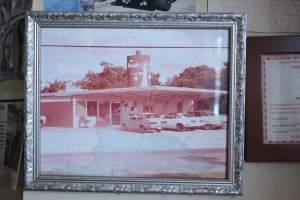 Flipping omelets under the same roof for 36 years never got old for Kenny Carpenter. Come this fall, he and his crew will have to whip up eggs somewhere else.

The Omelettry, a breakfast restaurant located at the tri-street intersection of Burnet Road, Woodward Avenue and 49th Street, will likely close its current venue in October and move to a new location two miles away on Airport Boulevard near In-n-Out Burger. Its lease expires in 2015 but Kenny Carpenter, The Omelettry’s owner, wants to get a head start at the new spot.

However, Carpenter is not ready to bid the current location adieu. His son Jesse basically grew up there. When Jesse was small his mother set up a crib in the office and read to him. Carpenter’s daughter, now a doctor in Galveston, also worked there. Jesse has since become a co-owner with his father. 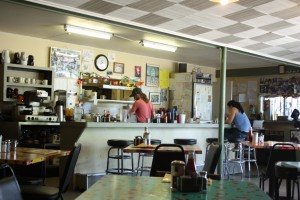 Kenny Carpenter may not have made the memories he did without advice from friends when he first though of opening a restaurant.

Prior to opening The Omelettry he had spent six months in Santa Barbara, California cooking omelettes. When he came back to Austin something was missing.

“There’s no place like that in Austin,” he said.

The only breakfast places were Denny’s, IHOP and a little venue called Flapjack Canyon.

He originally wanted to start up in Denton, but his girlfriend—and now wife—was headed to school at the University of Texas in Austin. His friends recommended that he go to Austin too.

“They told me if you open a restaurant and you’re going to be anchored someplace for a long time, it ought to be somewhere you like,” Carpenter said. “I said ‘yeah I like Austin.’”

So he settled on the Texas capital and found the Omelettry’s location on a whim. 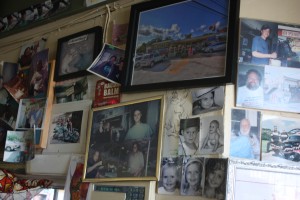 One day in 1978 he drove down Burnet Road and came across the building he now calls his second home. He saw a “For Rent” sign on the window. He approached the place and looked inside.

“Cool man! It’s got dishes and equipment and everything!”

Satisfied with the property he called the landlord and rented it.

That same year The Omelettry opened, serving traditional omelettes like the Vegetarian or

Mushroom. Since then, Popeye’s Favorite, a mixture of fresh spinach, crisp bacon and sautéed onions inside a cheese omelette, has become popular among customers. 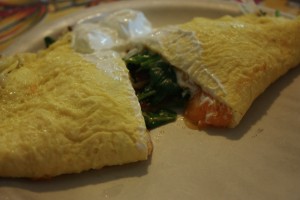 Hot food has always been the priority at The Omelettry. Waiters team up at every table.

“We don’t have sections,” Carpenter said. “If someone needs their order taken one of our waiters runs over and takes it.”

Tips eventually even out among workers despite sharing customers.

Carpenter started some of his own competition. A year after opening he bought out the owner of the old Jolly J restaurant on Lake Austin Boulevard for $10,000. He found partners in Kent Cole and Patricia Atkinson–who were married at the time–at that location. They renamed the place Omelettry West.  One year later, however, the couple divorced and the Atkinson opened Kerbey Lane.

“But I stayed partners with her ex-husband for six or seven years and finally I got tired of having a partner,” Carpenter said. “He bought me out and changed the name to Magnolia Café. So I ended up creating a lot of my own competition.”

Spending 36 years in one city, Carpenter has seen the change in Austin. Back then there was a lot to do in Austin. But at the same time it was very simple, laid-back and affordable, unlike today.

“That’s what I miss, the simplicity,” he said.

Carpenter has tried buying the building for 25 years. But the owner refused to sell it.

Now, development along Burnet Road has caused property values to double in the last three years at an amount Carpenter cannot afford to purchase the place. After the owner passed away five years ago, his daughter took ownership and is ready to cash in on developers who can purchase the lot.

“It’ll sit here and probably get covered with graffiti until it gets bought and demolished.” 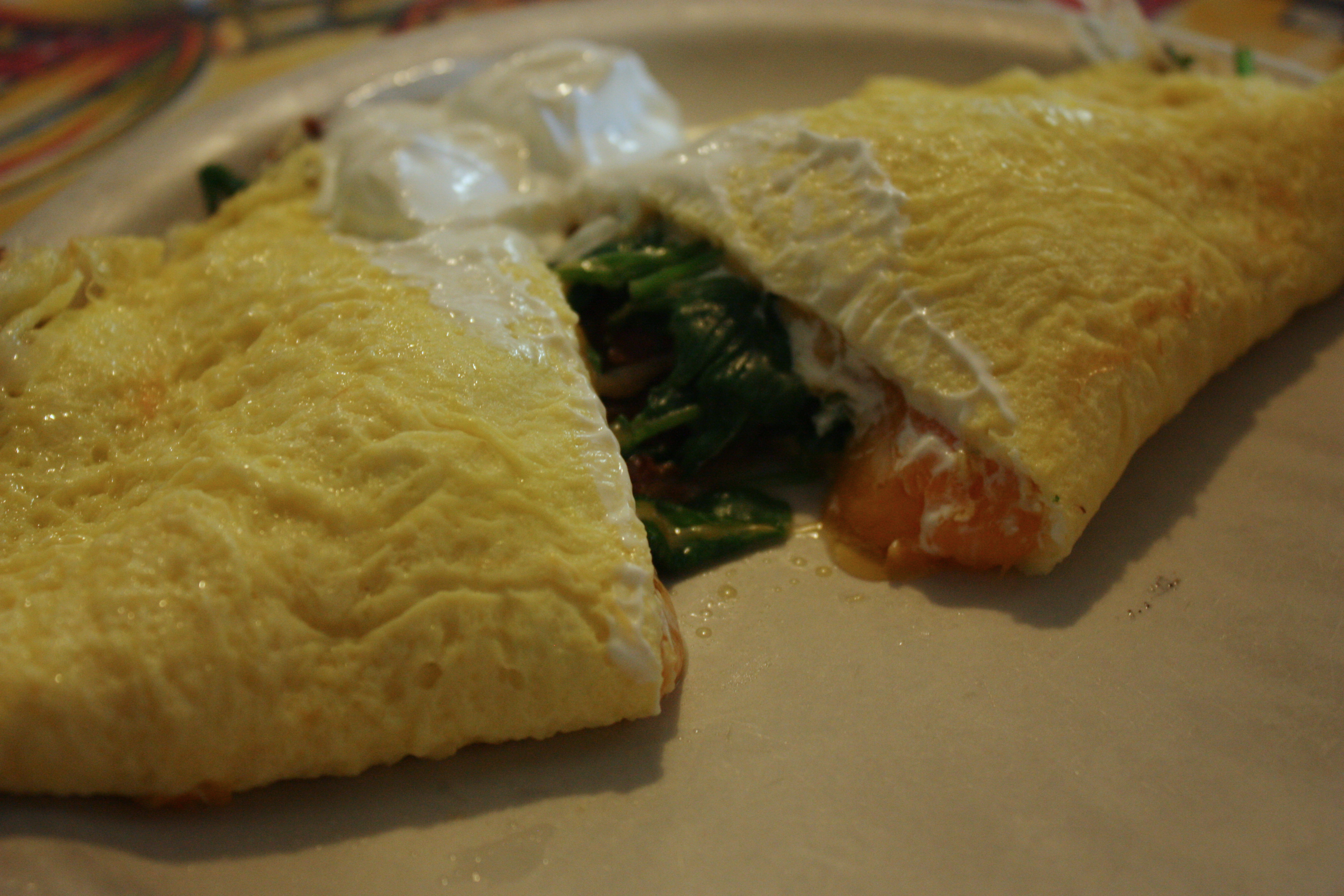 The house favorite, called Popeye's Favorite, is ordered most frequently. It contains spinach, of course, bacon and cheese. 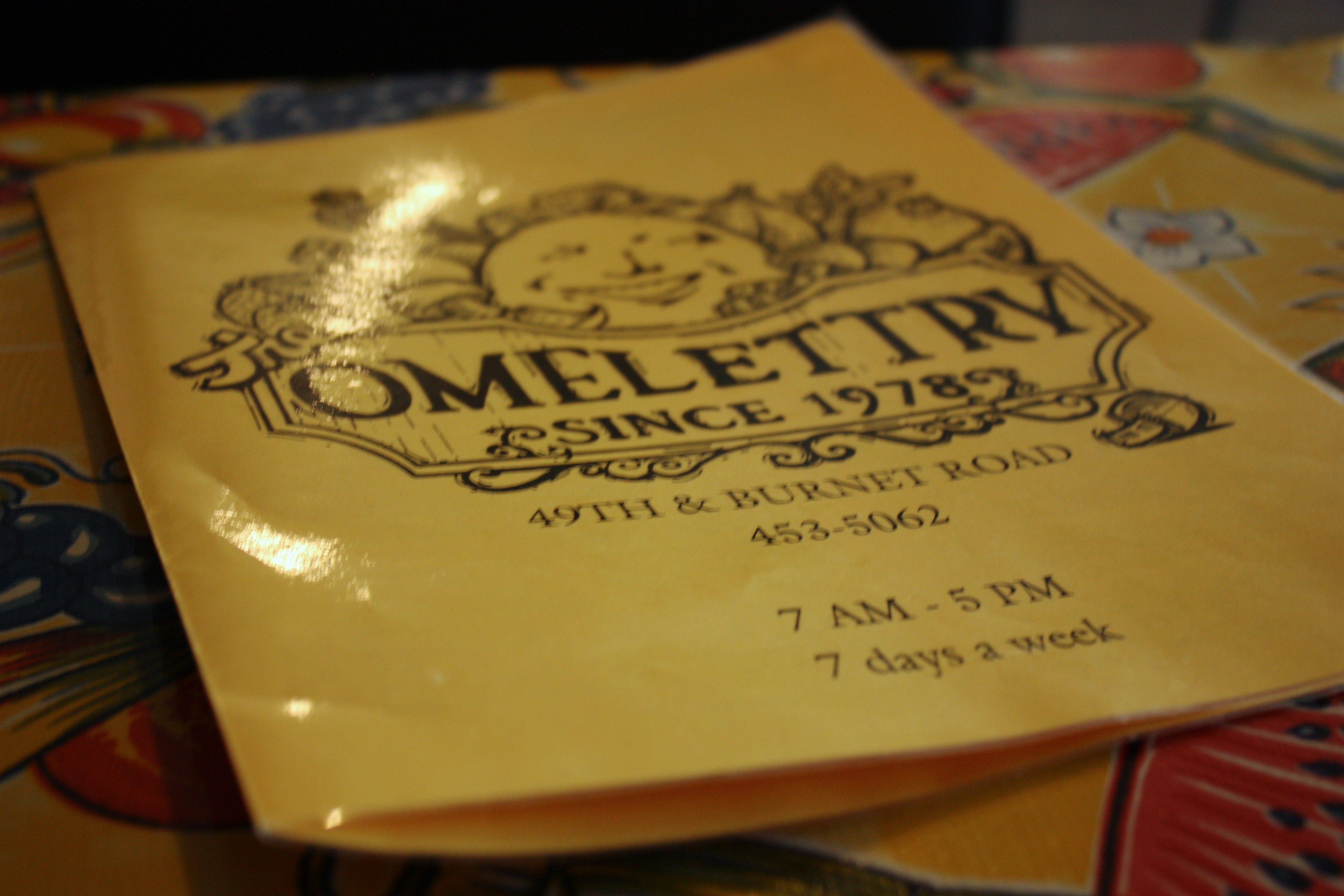 The Omelettry was the first breakfast place of its kind in Austin. Kerbey Lane and Magnolia Cafe, two other popular breakfast joints in Austin, were spawned off the Omelettry. 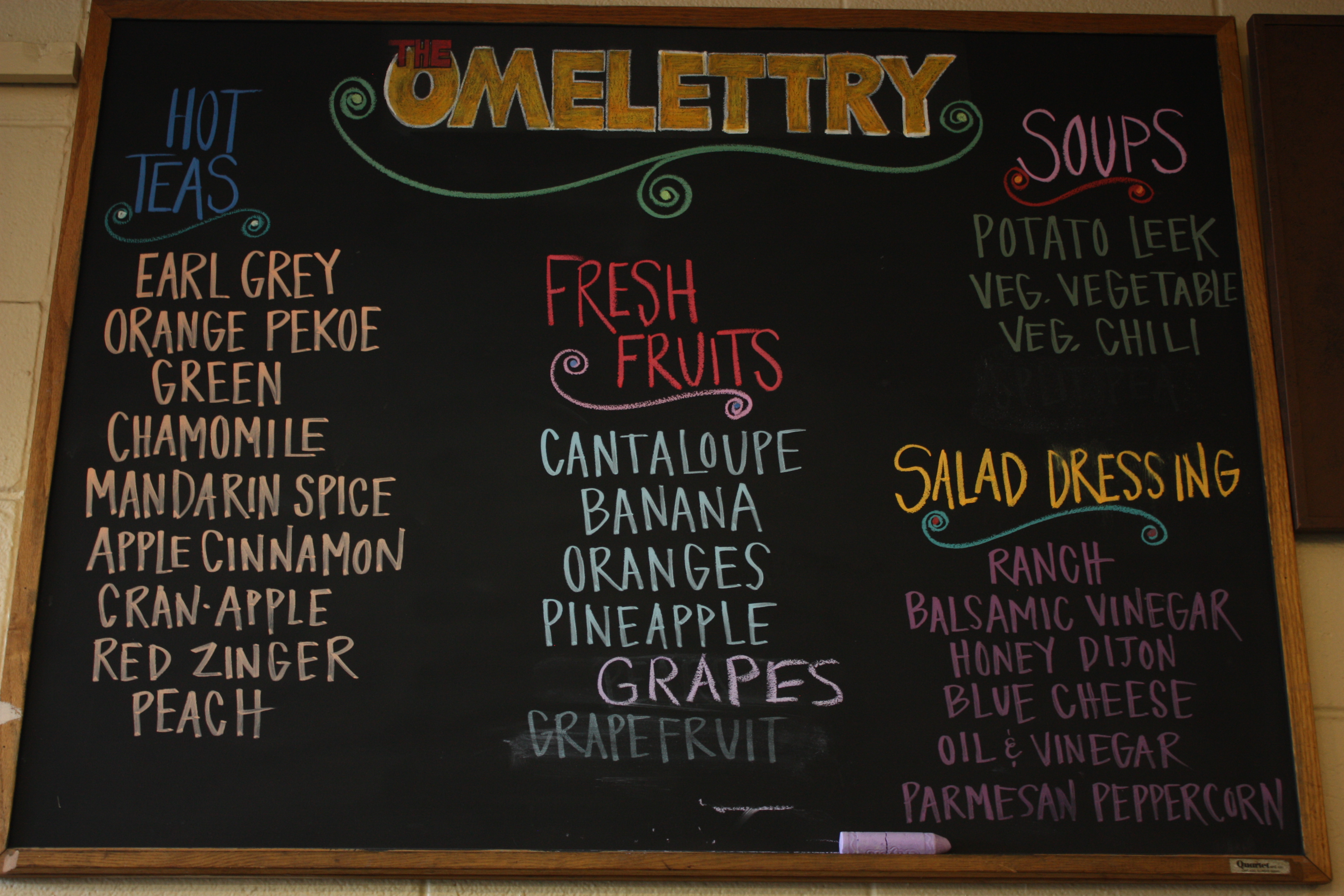 The Omelettry's menu has changed very little since it was first introduced 36 years ago. 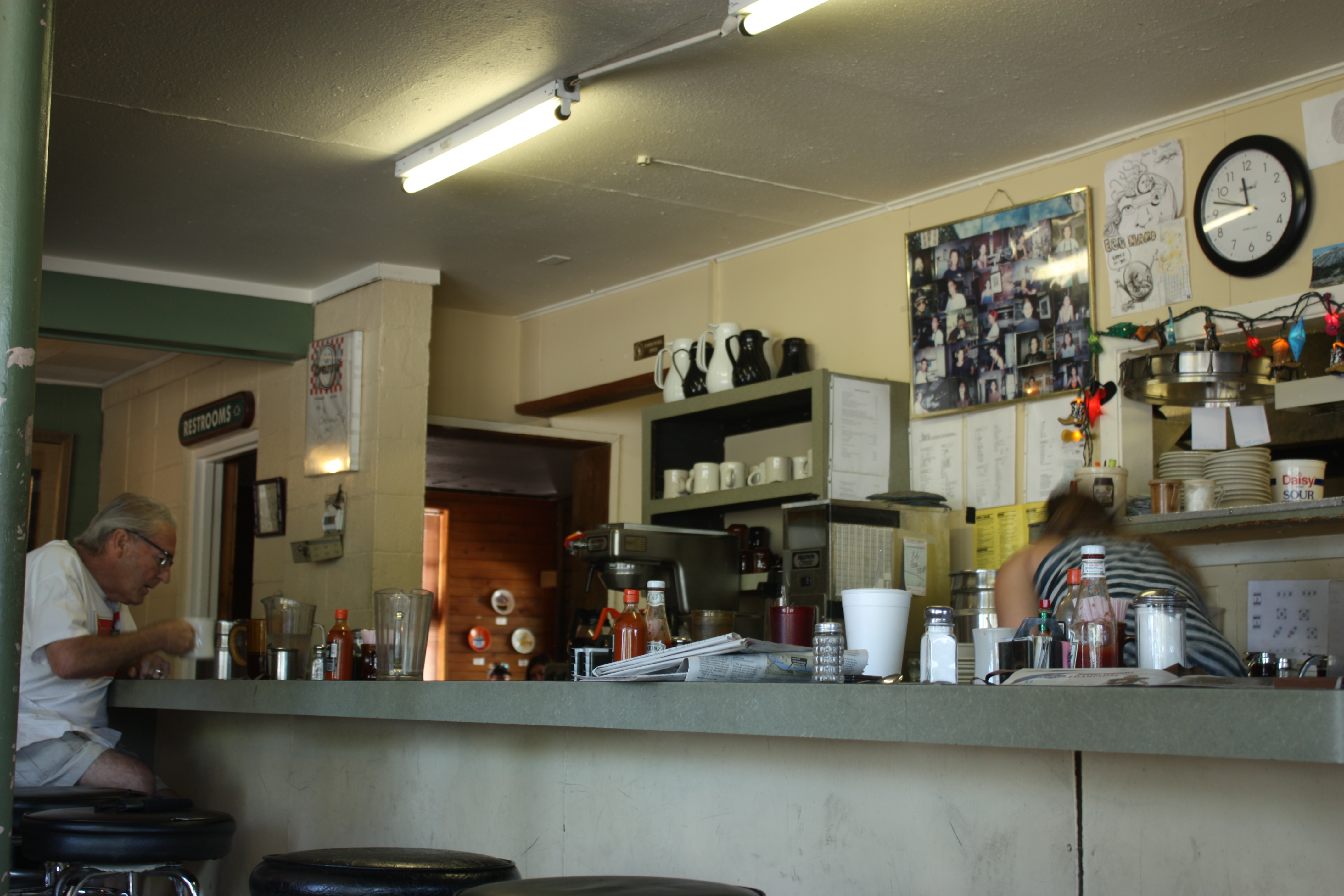 This particular customer has been frequenting The Omelettry for their eggs and coffee for 20 years. 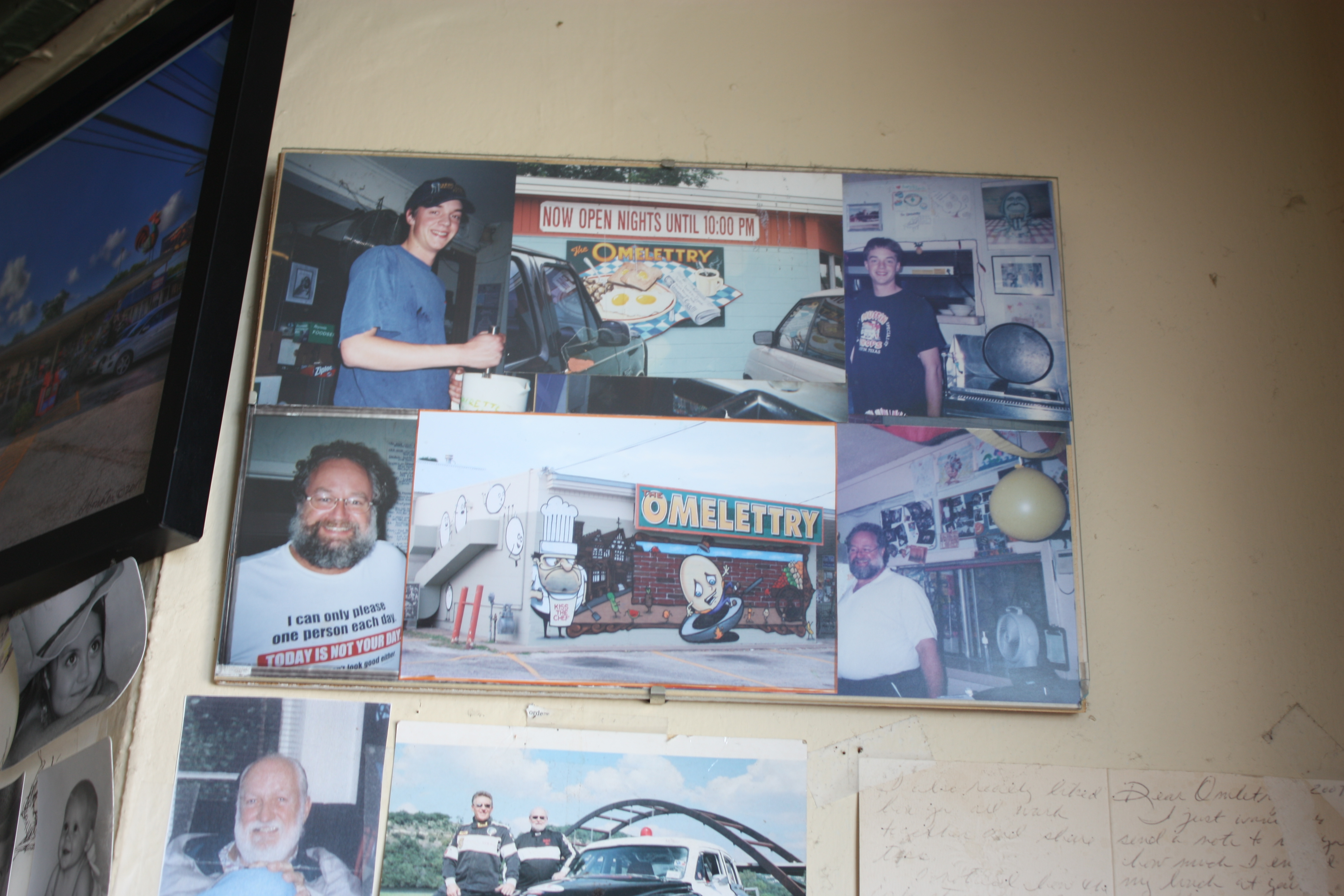 The Omelettry is decorated with photos and memorabilia from its 36 years of service. Owner Kenny Carpenter says the memorabilia will follow the restaurant to its new home on Airport Boulevard. 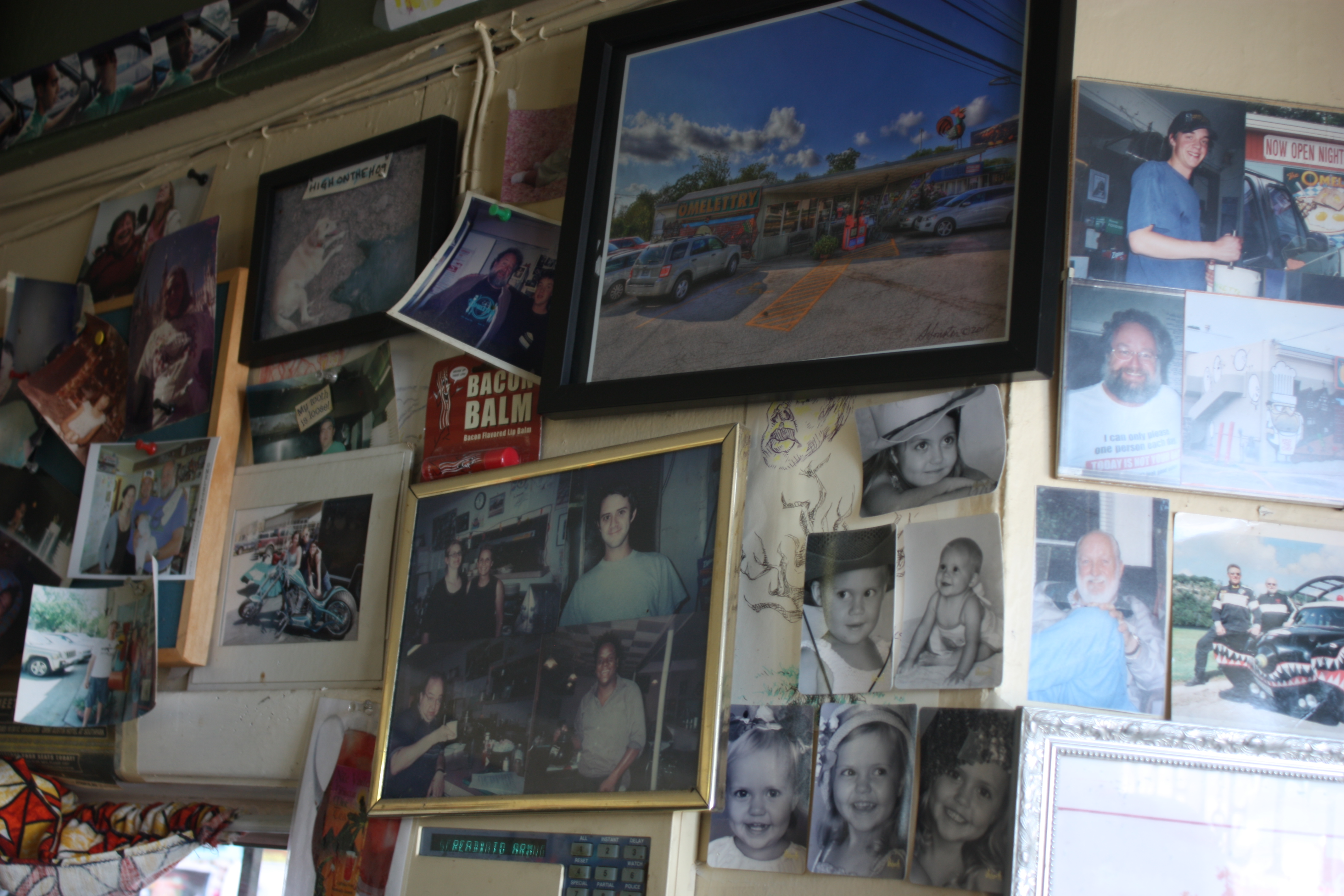 Owner Kenny Carpenter's entire family has worked and grown up at the Omelettry located on Burnet Road. Carpenter recalls his son having a crib in the back office. 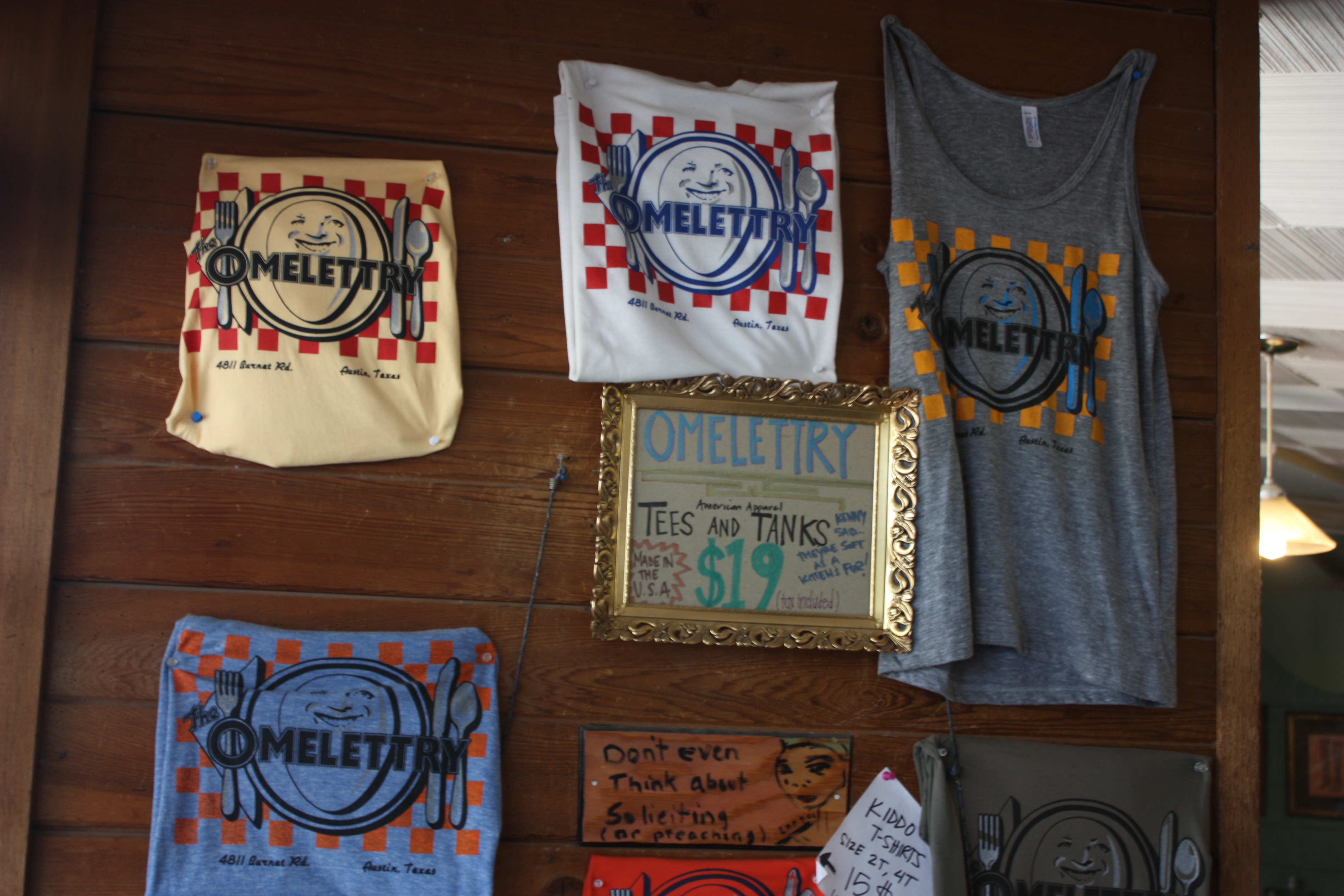 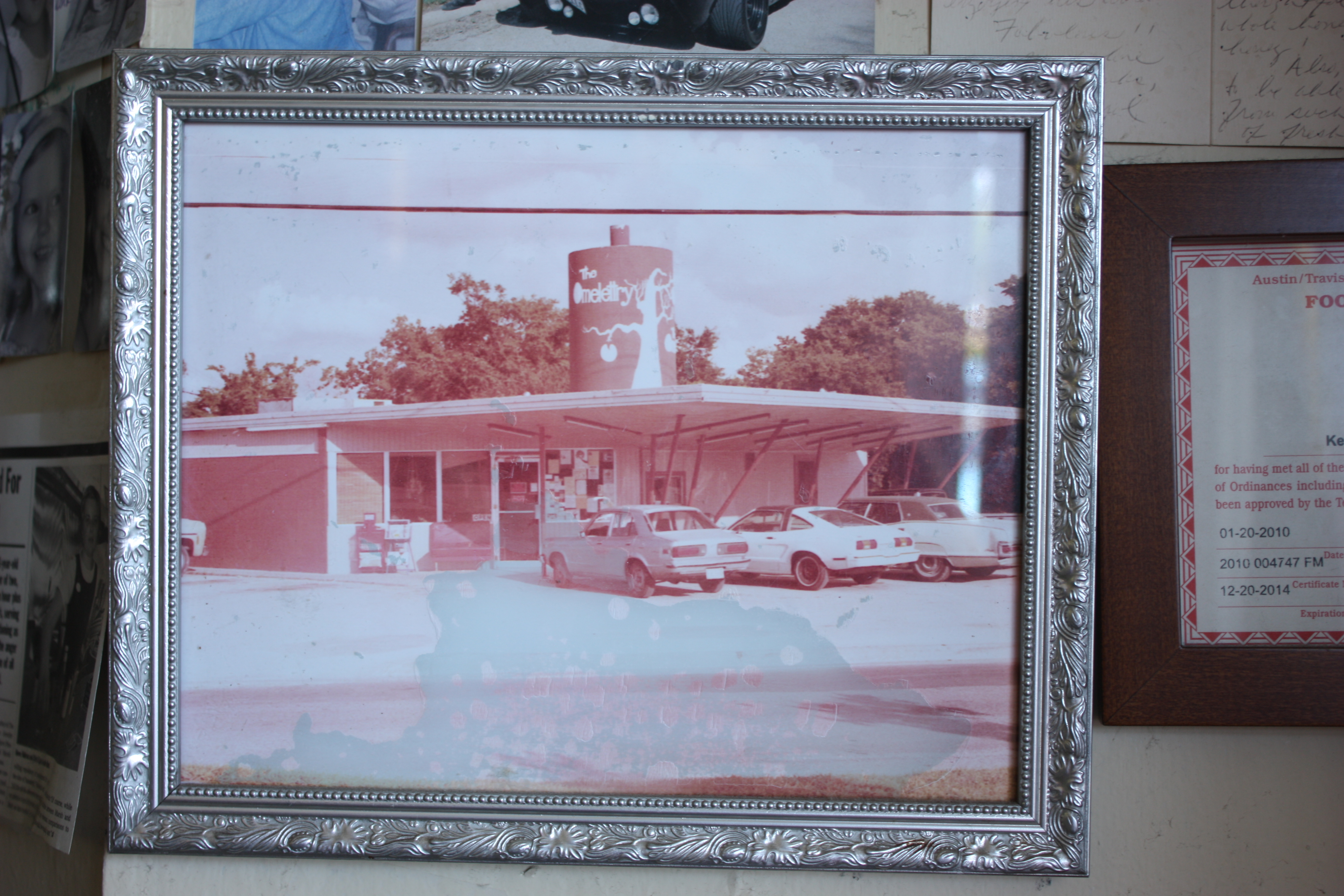 The original Omelettry location will be demolished after being sold to developers, according to the owner Kenny Carpenter. 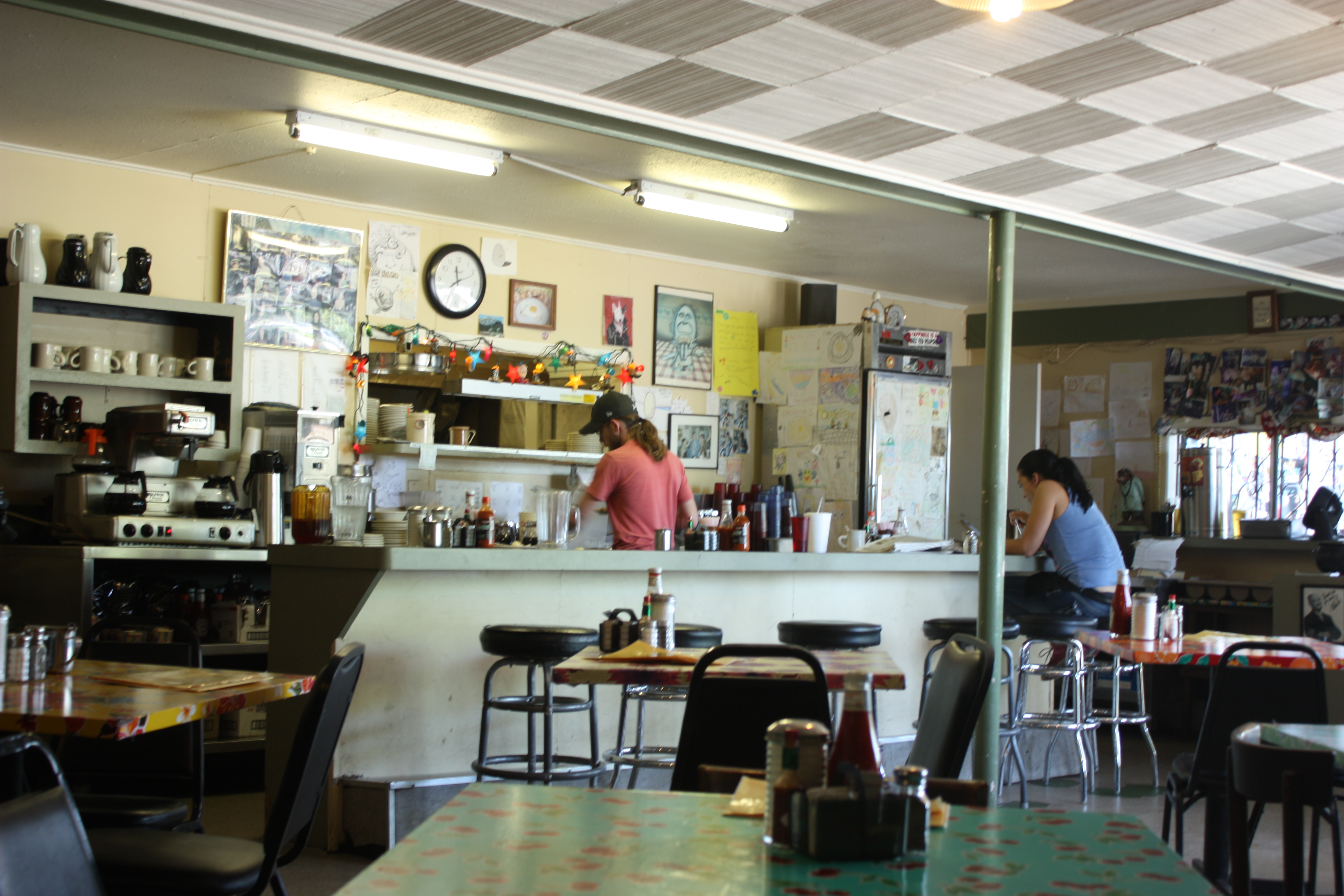 Carpenter says his regular customers have assured him that they will bring their business to The Omelettry's new location on Airport Boulevard.

Carpenter has repaired electrical and plumbing issues nearly every week. Seeing this place torn down will not be easy for him.

The new location will give The Omelettry a more diner-like look with curved, glass windows.  But Carpenter wants to maintain its funkiness.

“And that’s the trick,” he said. “How do you keep it really simple and have that funky stuff in a newer building.”

They will bring the same equipment they have right now in order to keep it that way. Some of the pictures plastered on the walls will go up in the new building, especially family photos and the Omelettry’s early days.

The Carpenters, their staff and customers will soon say goodbye to The Omelettry’s 36-year-old home.

Regulars who reside near the current restaurant won’t have the luxury of proximity.

“We have to get the cars out. We got to ride our bikes. We used to walk there.”

Those who live around the new location will finally get the breakfast diner that has been absent in their area.

“Cool, you’re moving closer to us!”

Despite the move, Carpenter has no doubts The Omelettry will continue to thrive.

“We’re feeling pretty confident that most of our customers will come over there.”