Rising to the 26.2 mile challenge 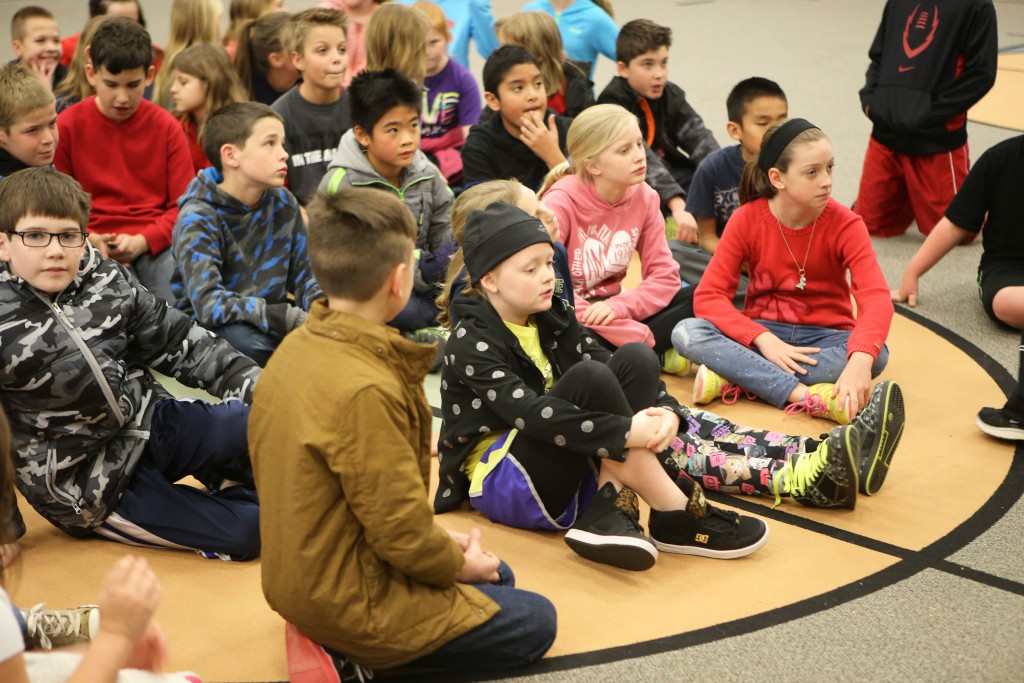 Westside Elementary students gather around to listen to words of encouragement from Marathon Kids representatives.

Austin, TX- Westside Elementary students pull on their coats as they meander out into the brisk winter weather on a Friday morning, each of them ready to take on their final laps of a 26.2 mile marathon.

For 19 years, Marathon Kids has been promoting healthy lifestyles to kids from across the United States. In Austin, there are currently 238 schools involved in the program. Marathon Kids and school districts work together in the hopes of encouraging student to think of healthy eating and exercise as a normal part of life rather than an irregular occurrence. 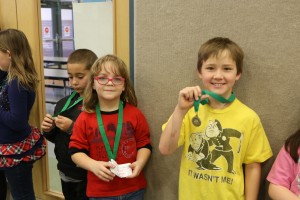 Marathon Kids participants receive their medals after completing their goal of 26.2 miles.

“In our flagship school based program the 26.2 mile challenge is being take on by 8,500 kids here in the Austin area alone. There are tons and tons of kids who are running more than one marathon and they’re doing it a quarter, a half, or a whole mile at a time,” said William Dyson, director of Grassroots Engagement.

Throughout the school year events are held to incentivize students to follow through with the program. On Tuesday, Austin area Whole Foods Markets partnered up with Marathon Kids by donating 5% of all net sales that day to the organization.

Marathon Kids participants, Ginny Barrett and her three children, Genevieve, Roman and Sabine came to Whole Foods to pick up the medals. Barrett says the best part of being engaged with Marathon Kids is the community involvement and that’s what keeps her family coming back.

“It’s a healthy practice and the kids love it. At the final mile the parents usually are running around the track with the kids and it’s just exciting, “ said Barrett.

According to MarathonKids.org, 31 percent of children in the U.S are overweight or obese. Today’s ten-year-olds are the first generation expected to have a shorter life expectancy than their parents.

“Children of today are facing a completely different situation that even you and I were in,” said Dyson. “We were told to go outside and go and play and it wasn’t a big deal. We didn’t have iPads and iPhones taking away time to go outside and play.”

Just last school year there were 290,347 Marathon Kids participants within 842 elementary schools nationwide. A total of 7.6 million miles were completed.

Erica Gordon, national programs director, has been a part of Marathon Kids for nearly two years. She is responsible for managing projects and implementing new programs, which includes budgeting strategy and evaluation.

Gordon was able to attend the Westside Elementary school visit and she, along with other representatives, was there to encourage the kids as they completed their miles.

“The best part of being involved is really seeing kids and parents get empowered to live healthier and happier lifestyles when maybe before they weren’t so sure how to do it or didn’t have the resources available it’s really exciting to watch that,” said Gordon. 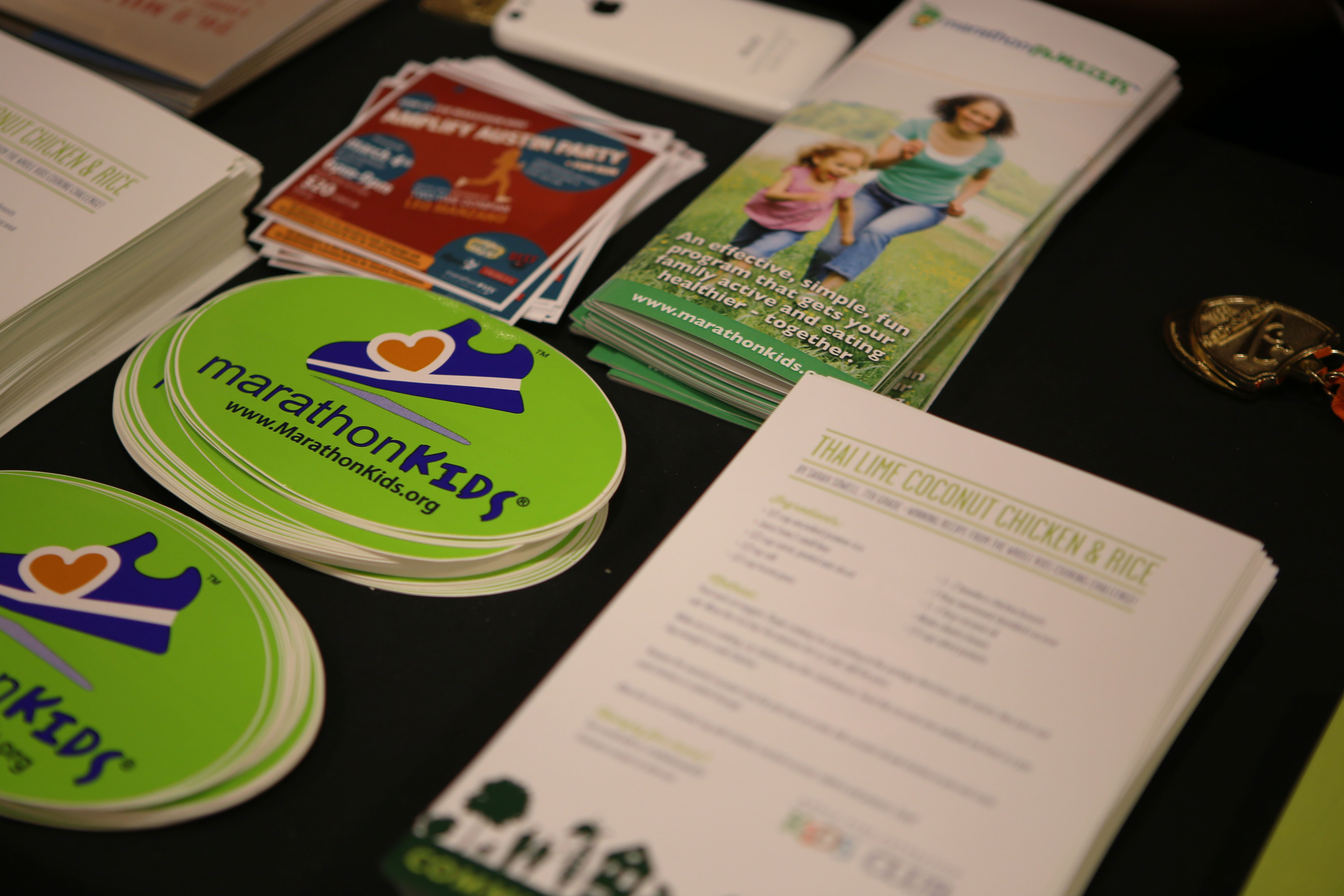 Marathon Kids has impacted more than 842 schools in Texas.

Westside Elementary students gather around to listen to words of encouragement from Marathon Kids representatives.

Students wearing colored vests set the pace for their peers as they complete their laps.

Maddie and Grace are the pacers for the students who are running five laps for the day.

As they complete their laps, students run together to motivate one another.

In order to keep track of the number of laps they've ran, students are marked on their hand after completing each lap.

Every year, Marathon Kids staff, hand out shirts, medals, and stickers to those who have participated in the marathon.

Once the students have accomplished running their laps they line up to receive their medals.

Medals are distributed to students that have completed the number of laps they're required to run that day.

Marathon Kids participants pick up their medals at Whole Foods Market for completing their marathon.

Longhorns Having a Swingin’ Good Time 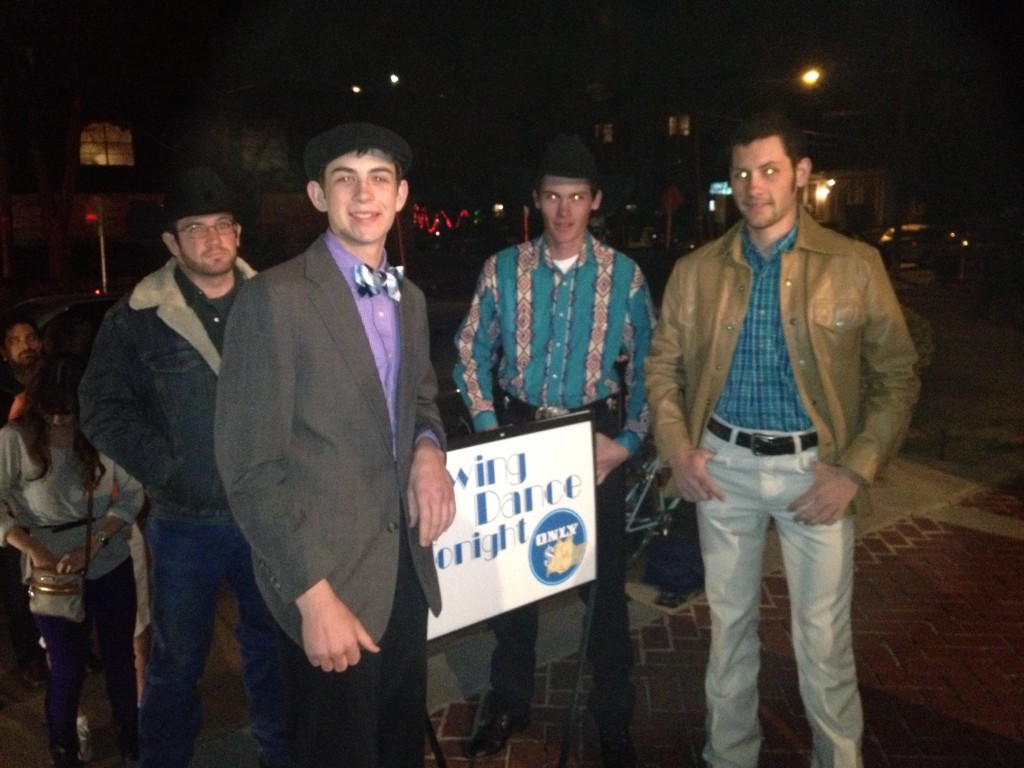 In a world where “twerking” and “grinding” have  become the go to dance move, it is refreshing that some people, even younger students at The University of Texas, are sticking to classic dances that are almost a century old.

One such dance is swing dancing. The fast moving, upbeat dance  developed in the 1920s is still going strong today. 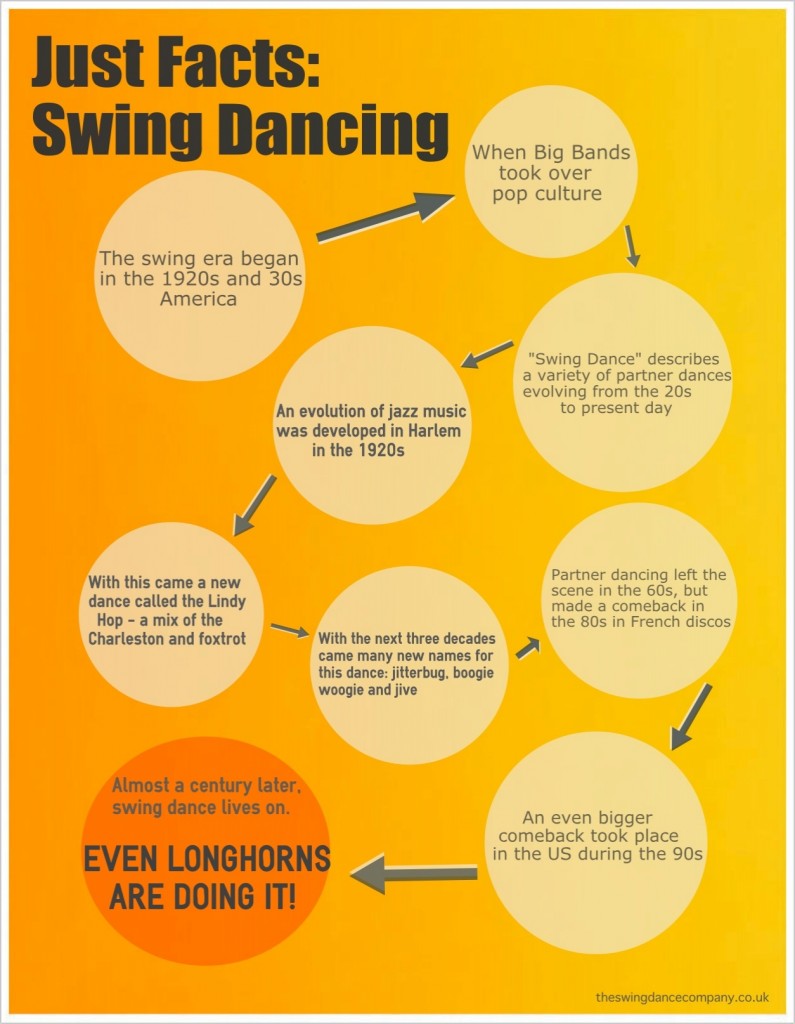 Swing dance is unique because it requires two people to partake in the many different dances that are considered “swing.” Some of the most popular are Lindy Hop, Jitterbug and the Charleston.

Swing dances were unique in different parts of the country during the 1920s and ’30s when the dance was first catching on. The dances were based on regional roots and influences. For instance, in Chicago swing was more of a two-step based dance, whereas in Los Angeles, it featured elements of the Charleston and the Fox Trot.

Today in Austin, many different forms of swing are being practiced in different locations all throughout the city. From East Austin to downtown, and even South Austin to UT’s campus, Austinites are finding ways to swing.

On Jan. 30th, dancers of all ages, mostly UT students, were welcome to enjoy a Swing Night at the Texas Federation of Women’s Clubs Mansion located on San Gabriel Street just a few blocks west of UT’s campus.

From beginners to professionals, dancers came out from 8 p.m. to midnight to show off their moves and perhaps even learn a few new ones. UT students currently enrolled in dance classes on campus, like senior journalism major Julia Ermlich, were happy to take what they learned in the classroom to the dance floor.

“We will learn a variety of dances this year such as the Salsa and the Waltz,” Ermlich said. “But the past few weeks we have been learning swing to get ready for the big night.”

People who are not UT students do not have to be disappointed in the fact that they cannot take dance classes offered by the University. Thanks to groups such as Austin Swing Syndicate, anyone with an ache to move and a willingness to learn can try their hand at swing dancing for a reasonable price.

So the next time you are about to go out with your friends and prepare to tear it up on the dance floor, try and take a break from twerking and try your hand at the dance that has managed to live on from generation to generation.