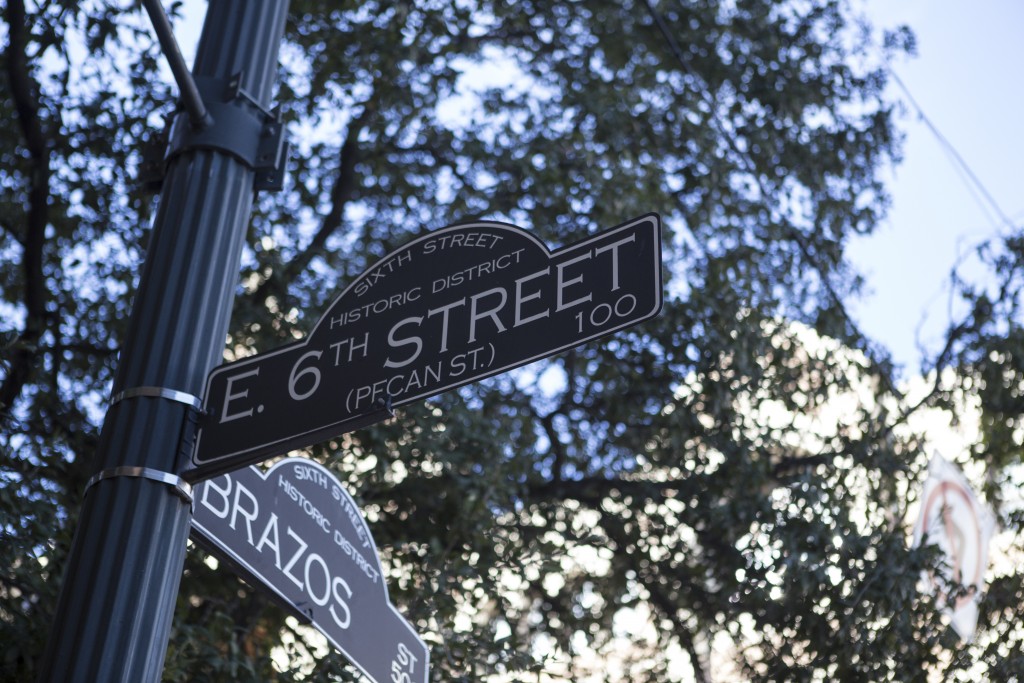 Austin, TX – With almost no traffic coming in from Lavaca or Interstate-35 early in the day, Austin’s own 6th street is unrecognizable to its night dwellers. Blaring bars become quiet oases and day drinkers, nomads and homeless occupy the street sparingly.

6th street is a historic entertainment district widely known for it’s live music, weird culture and variety of bars. College students, locals and tourists invade the street at night to celebrate a variety of occasions, the end of the work week included, and to simply get drunk.

Many may think of 6th as a place for fast paced drink guzzling at night, but during the day there are people who like to go to 6th street and drink at their own speed.

Glen Ford, a tourist from New Orleans, enjoys a brief moment of alone time drinking a beer at the Chuggin’ Monkey Thursday afternoon. “I like the day time, because if I’m by myself you know, in the daytime, you do whatever you want to do,” he said. 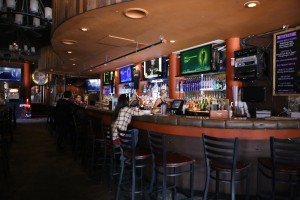 As opposed to its busy Thursday nights, Chupacabra Cantina is deserted on a Thursday afternoon. ( Photo/Jessica Garcia)

The Blind Pig Pub, a sixth street favorite among college students, is practically deserted on a Thursday afternoon compared to the business it gets at night. However there are some customers that come during the day who plan to stay until the busy street closes.

Although some day drinkers stop before sunset, others continue drinking throughout the night, consuming more alcohol than the recommended amount.

The businesses of 6th street receive more money during the nighttime, and some of its clientele struggles with controlling their alcohol intake levels. No matter the time of day the repercussions of overconsumption are the same.

According to the National Institute of Alcohol Abuse and Alcoholism, “low risk” drinking levels for men are no more than four drinks on any single day and no more than 14 for women. Research shows that moderate drinking is usually defined as no more than two drinks in a given day.

Regardless of the statistics many who come to drink on sixth street aim to drink as much as they can before the night ends. It can be especially easy to get carried away during the day without a larger crowd blocking access to the bar area.

“It’s easier to get drinks. You just go up to the bartender and get the drink immediately you don’t have to wait around. It’s pretty easy. I like the daytime,” added Ford.

However, the crowds at night do not stop drinkers from packing the bars and pubs to indulge in drinking as much alcohol as they can.

UT exchange student from Spain, Paloma Rey-stolle, prefers to visit the street at night. “The thing I want to do when I’m at night here is like party. I don’t even care about the quality of alcohol or anything I just want to party. I mean for example, Thursdays are one-dollar drinks. It’s like let’s have fun tonight,” said Rey-stolle.

Regardless of the time of day, the people of Austin and its visitors all have the same goal when venturing to Historic 6th and that’s to come out and have a good time. 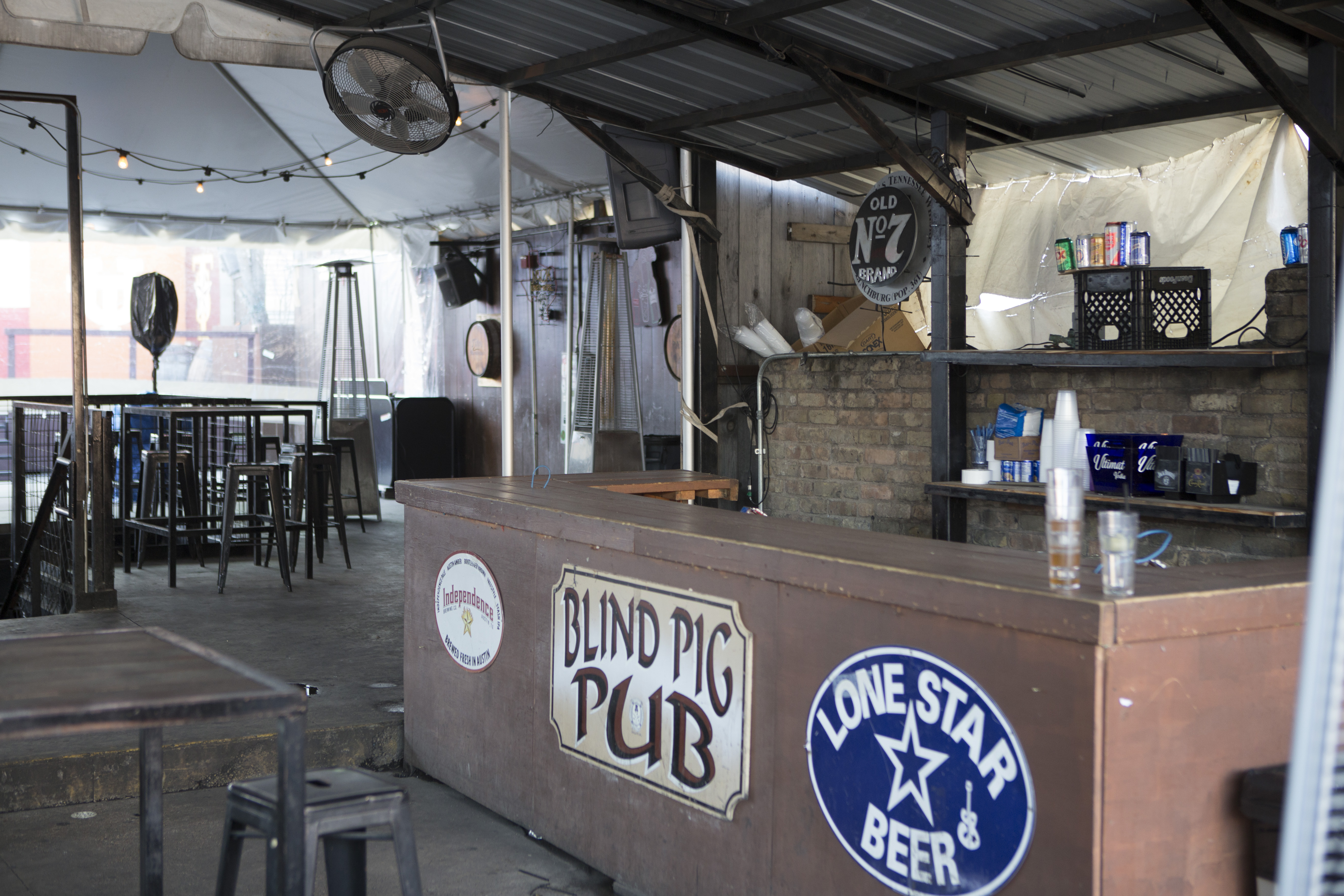 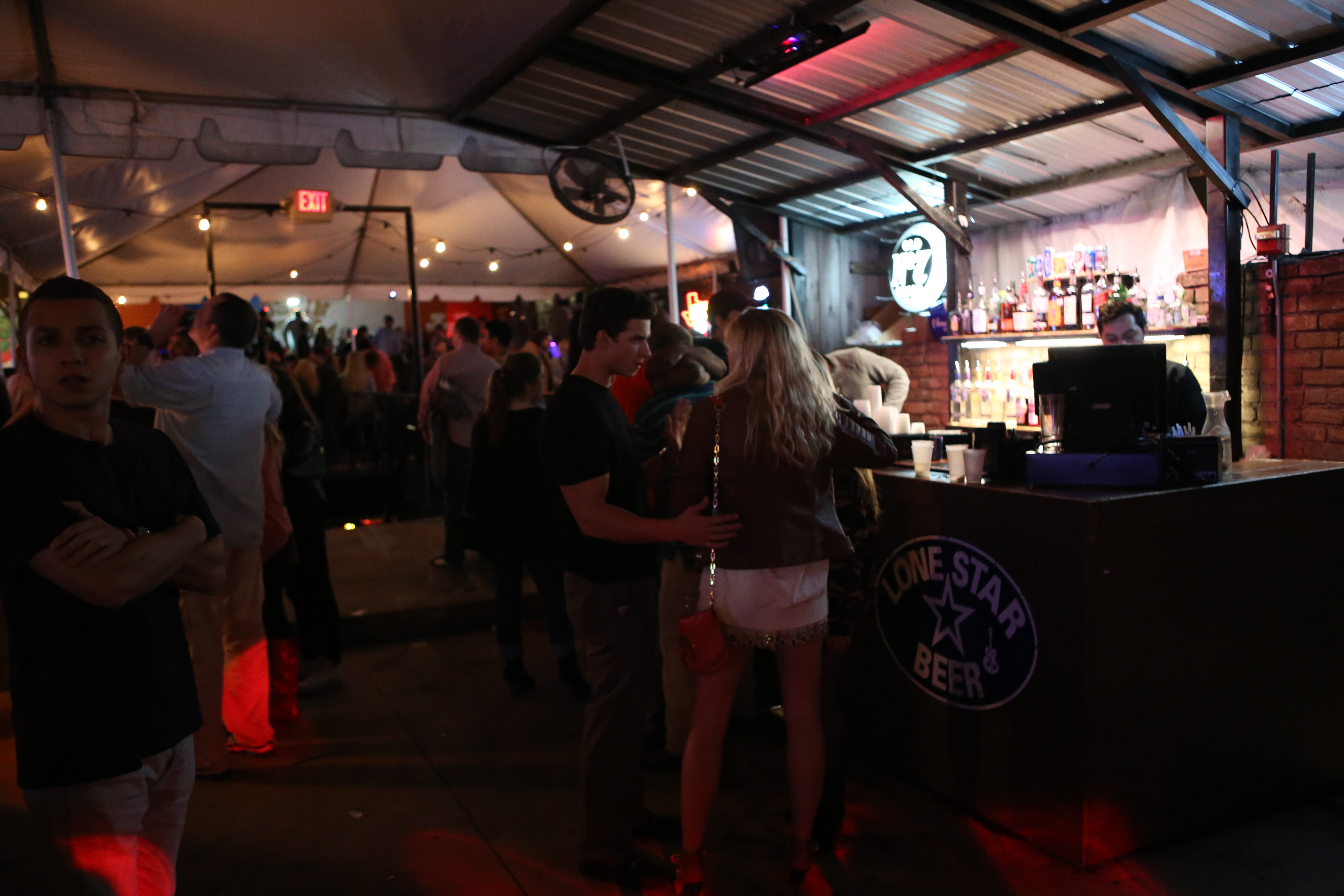 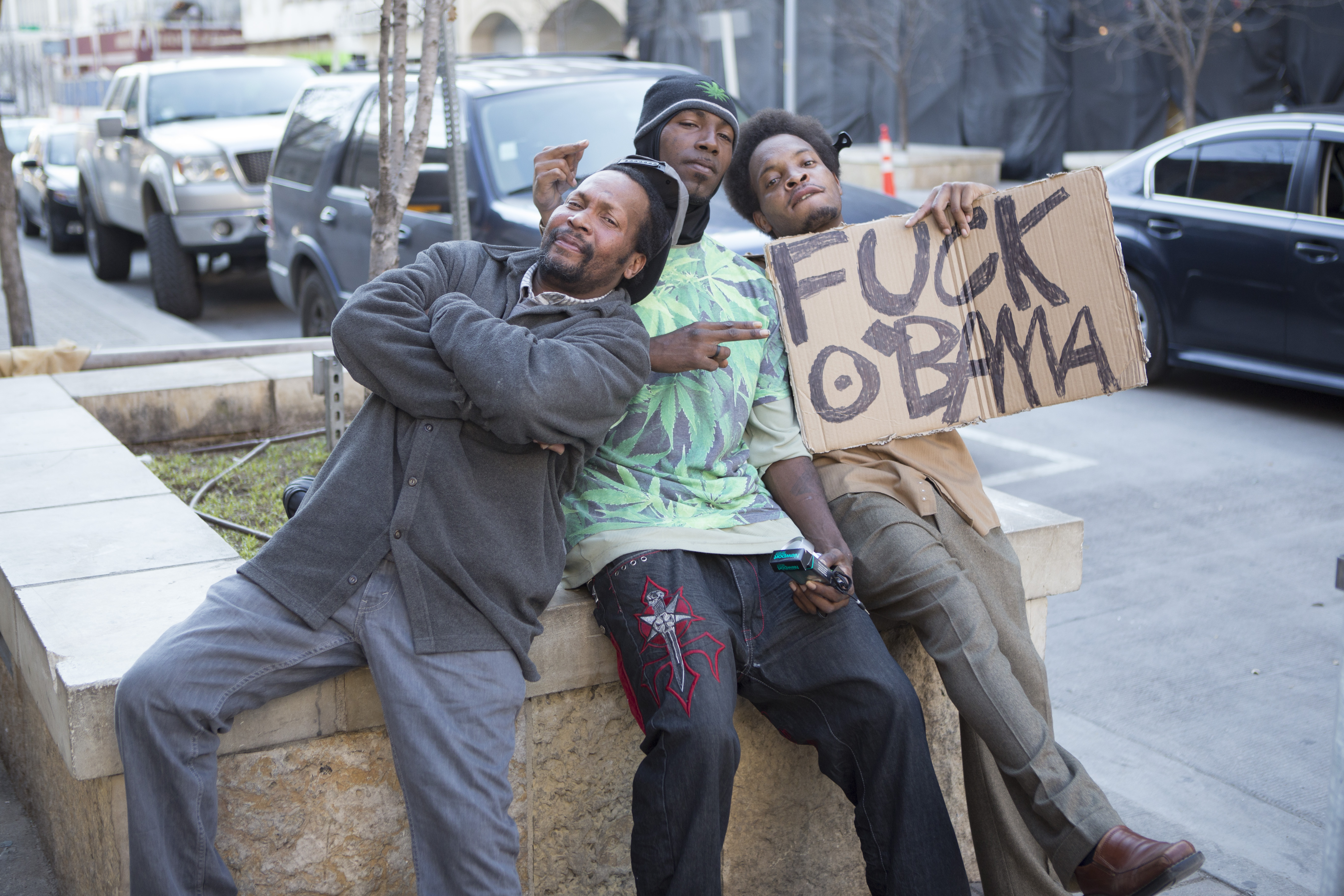 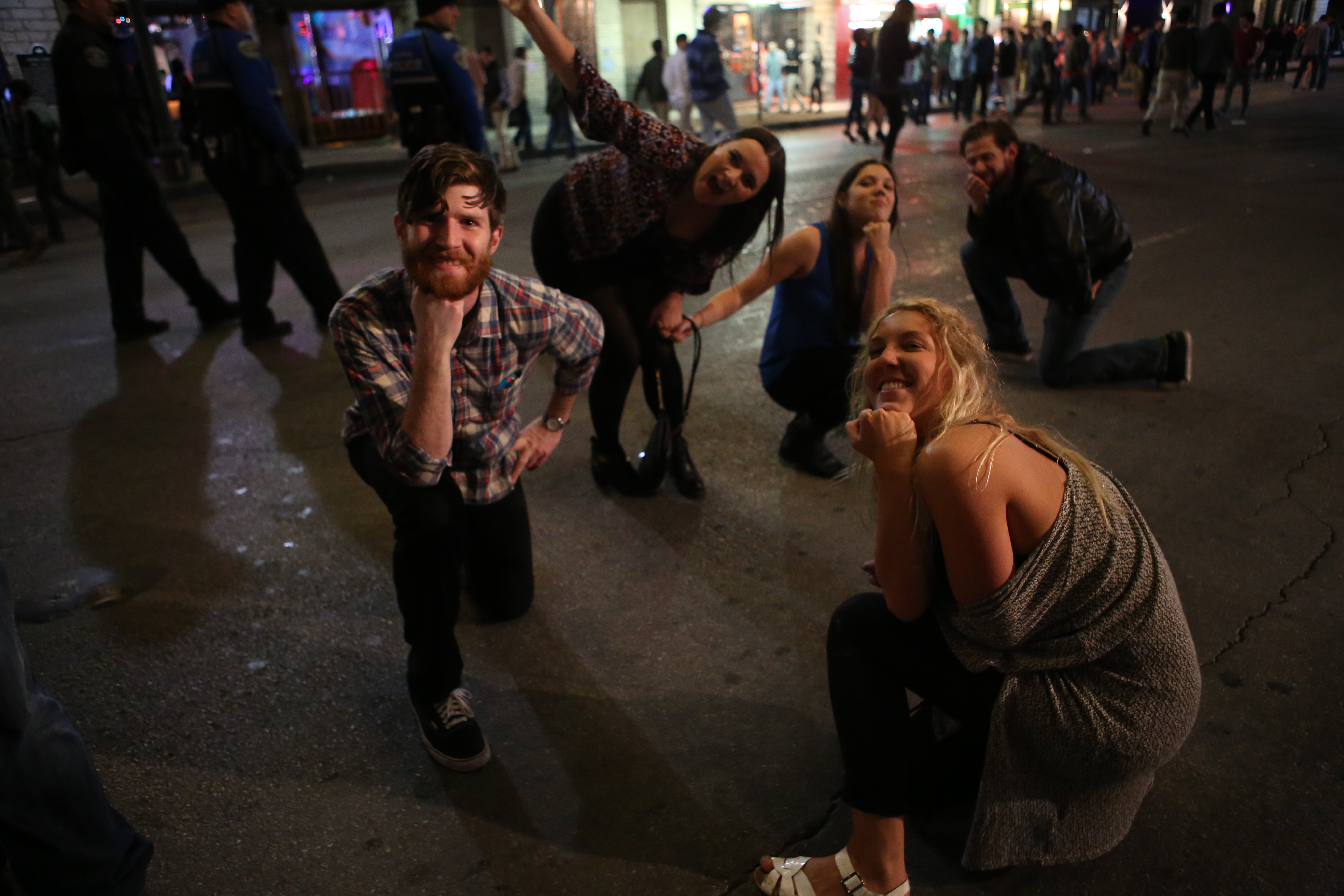 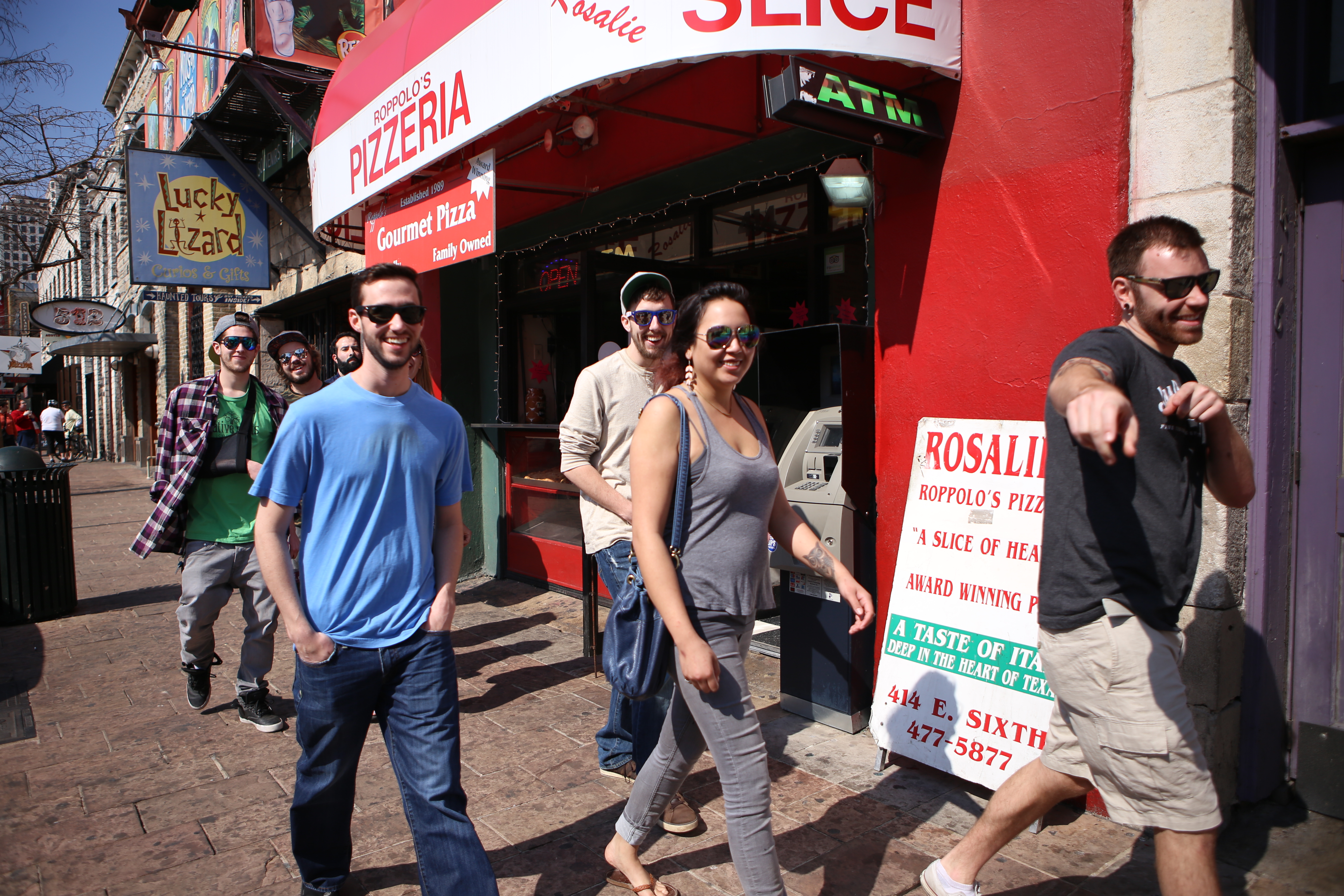 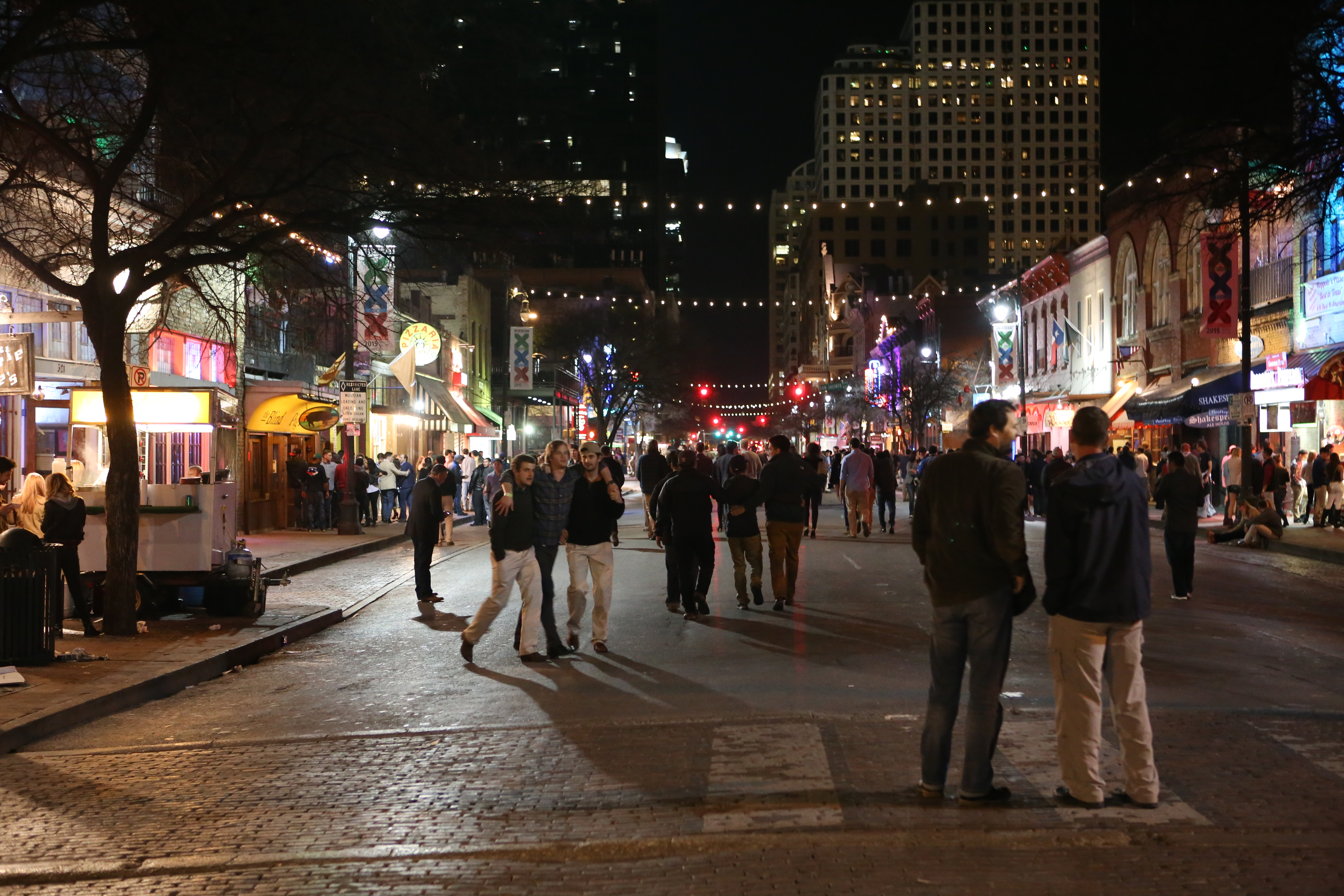 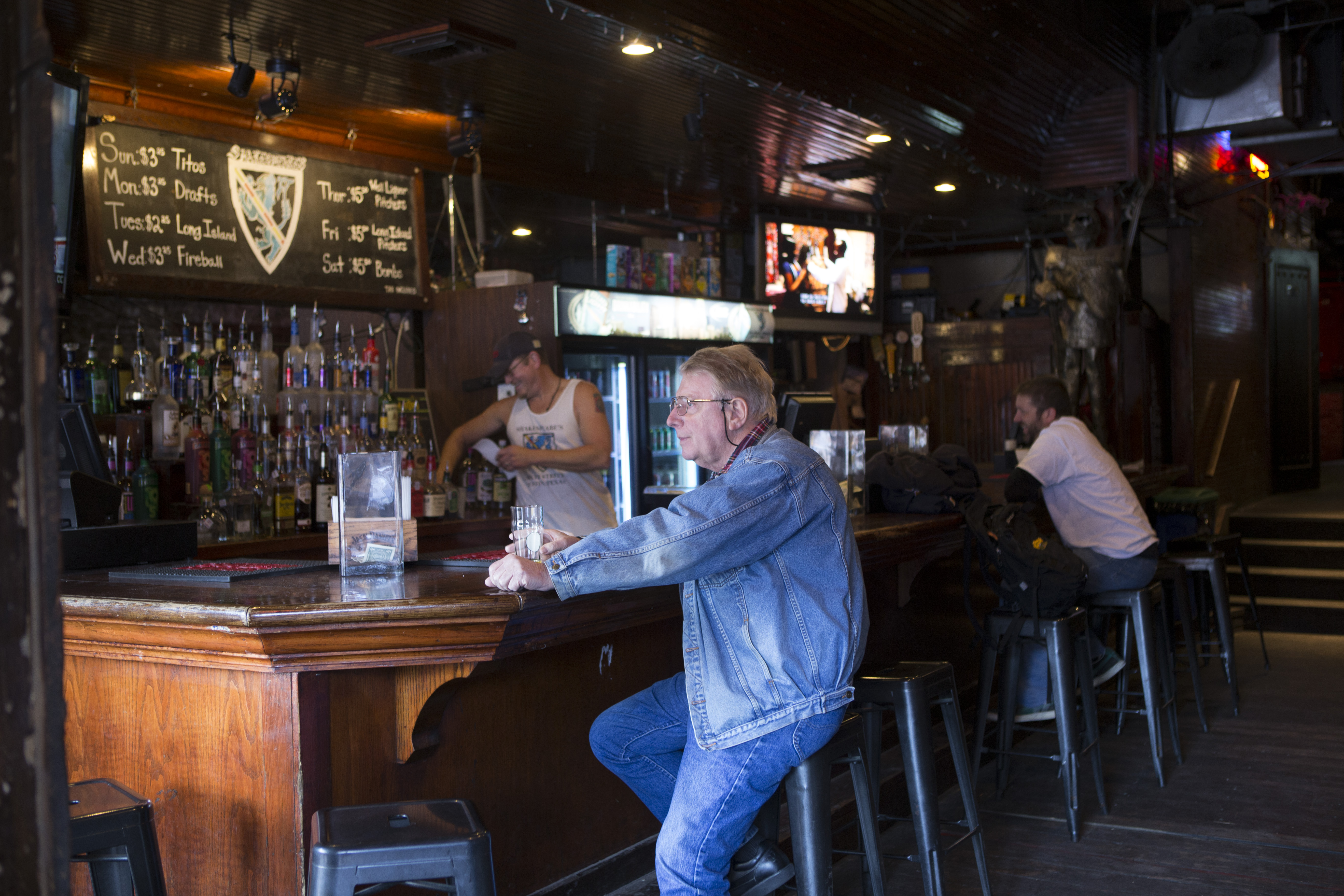 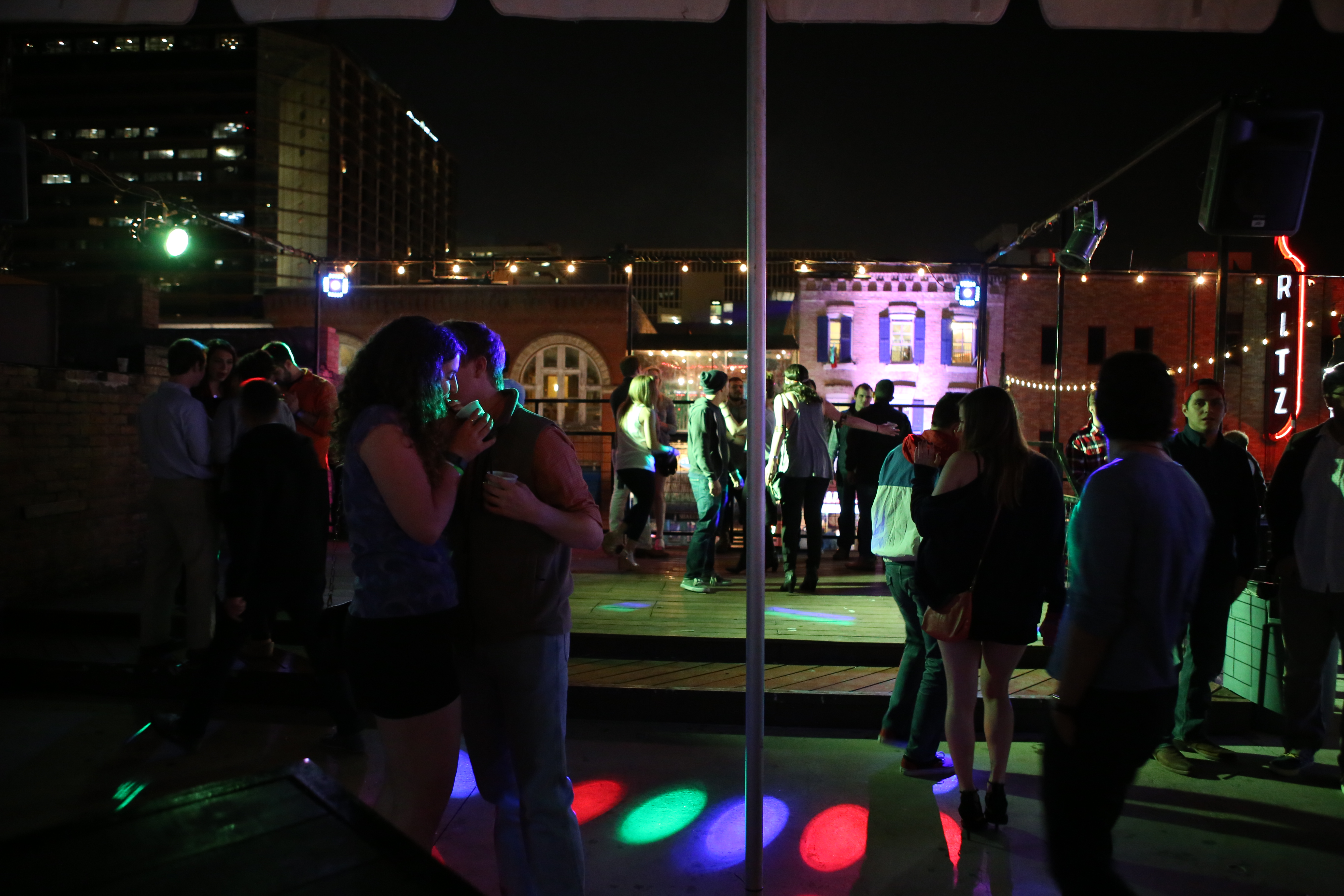 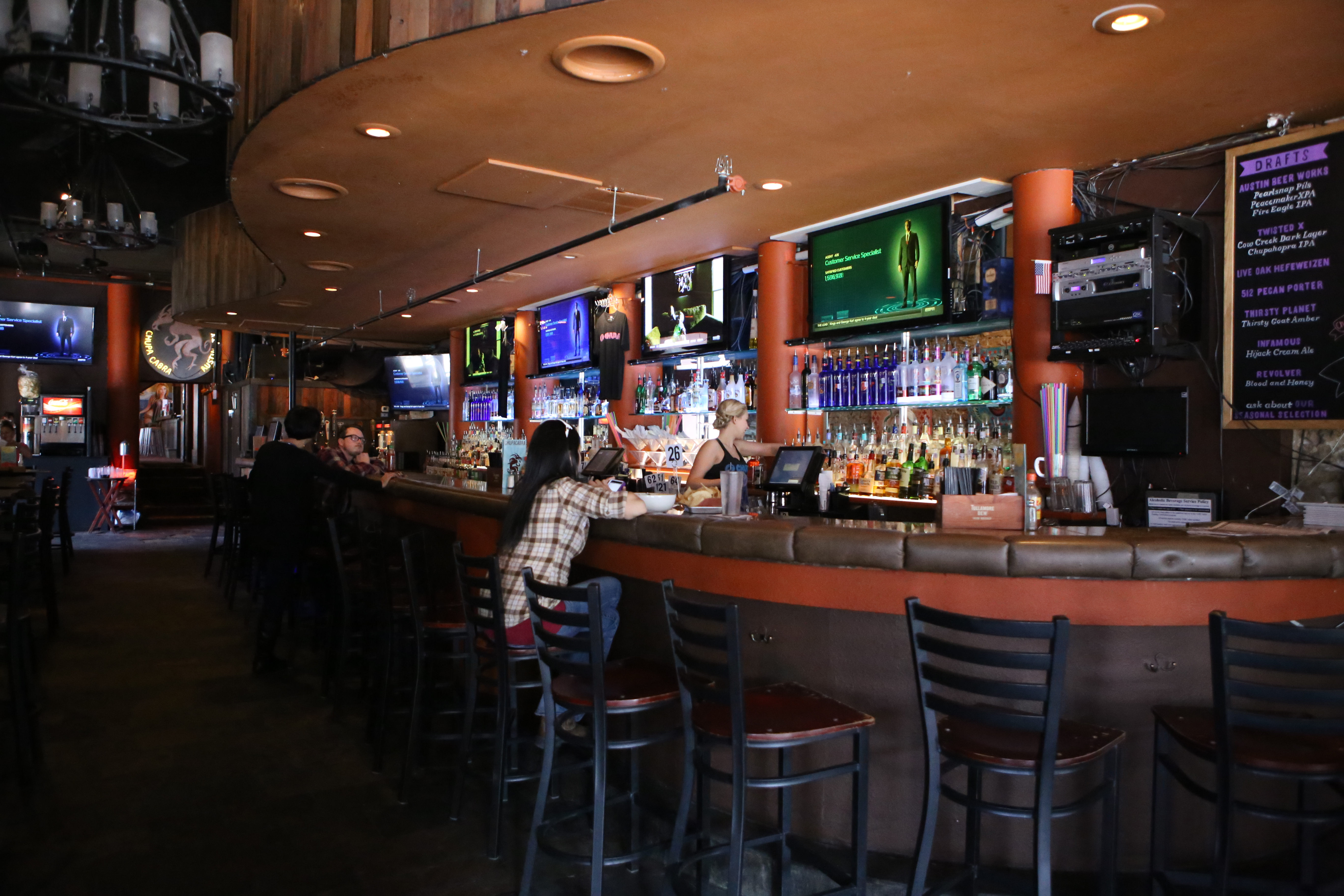 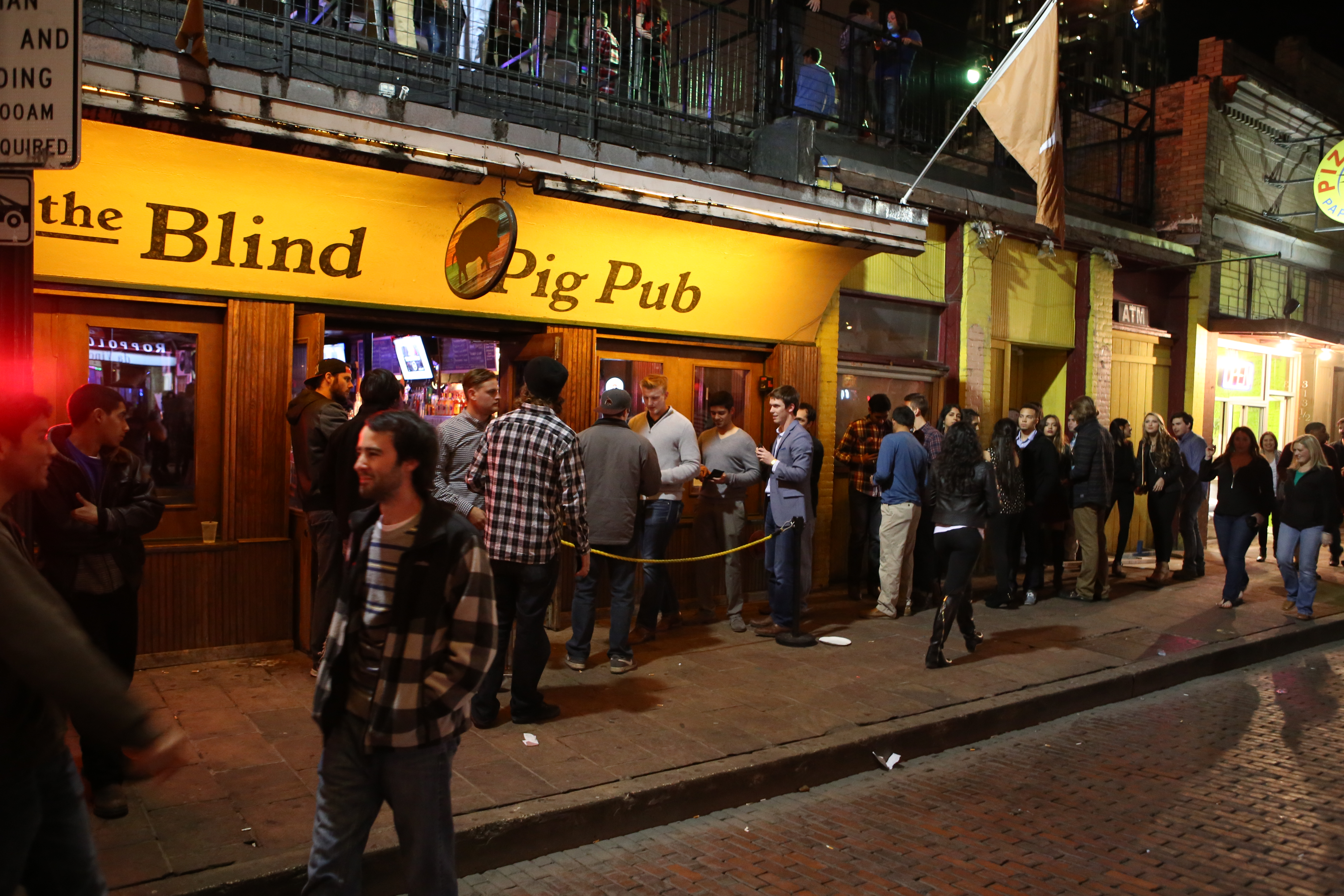 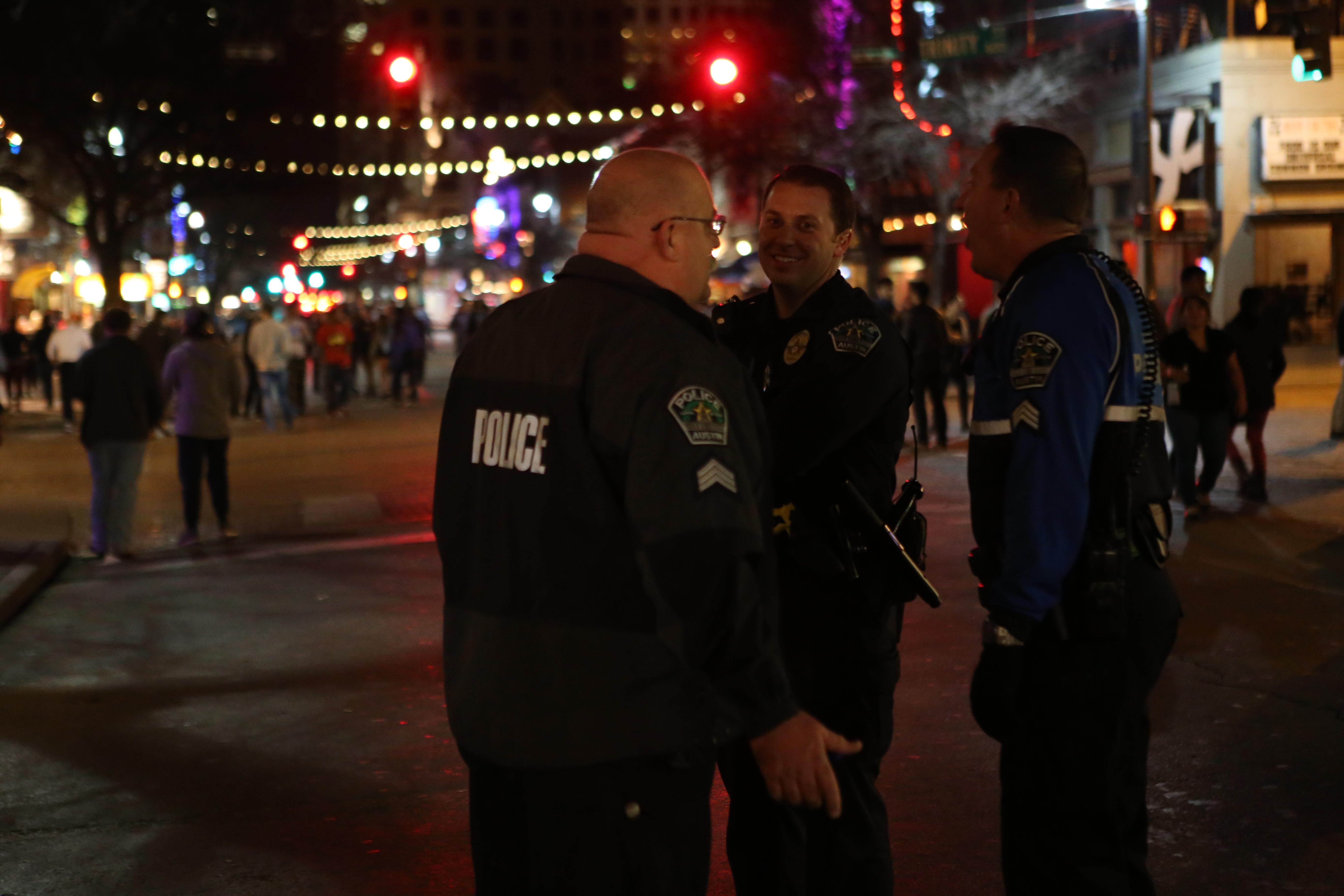